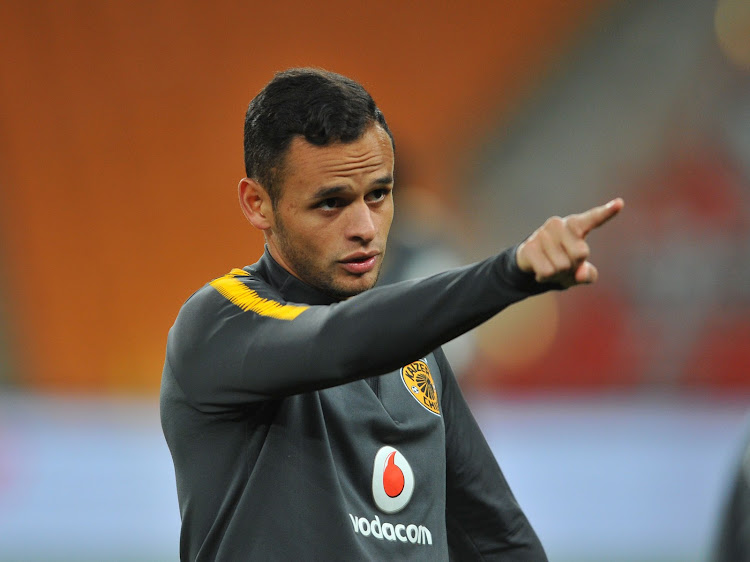 Kaizer Chiefs striker Gustavo Paez has apologised for what appeared to be a snub on his coach Giovanni Solinas when the Venezuela forward was substituted during a match.
Image: Sydney Mahlangu/BackpagePix

Kaizer Chiefs striker Gustavo Paez has publicly apologised for not shaking his coach Giovanni Solinas’s hand after being substituted in the Macufe Cup in Bloemfontein on Sunday.

Paez‚ on Chiefs’ official website‚ expressed his regret for the incident in Amakhosi’s 2-0 win against Bloemfontein Celtic in the friendly Macufe’s final at Free State Stadium on Sunday‚ but also said that there was “no bad intent” on his part.

“There was no bad intent on my part as I have a great relationship with the coach. It was a case of misunderstanding‚” Paez said.

“I admit that it looked bad and for that reason I apologise sincerely to the Chairman [Kaizer Motaung]‚ the club‚ my teammates‚ sponsors‚ supporters and all the stakeholders for this unfortunate incident.”

Paez was substituted off in the 65th minute‚ with Chiefs 1-0 up‚ and replaced by Bernard Parker against Celtic.

Solinas began to reach out to shake Paez’s hand‚ as is customary when a player is taken off.

The Venezuelan striker did not respond‚ looked ahead‚ and kept walking‚ though it was unclear whether he had snubbed the coach’s handshake or just not seen it.

@KaizerChiefs @MarawaRobert @SuperSportTV. Are there tensions between Gustavo Paez and coach Solinas? In this video, the coach attempts to extend his hand to Paez on two occasions and Paez flatly ignores him. #MacufeCup2018 #MacufeCup pic.twitter.com/Tk0KyNmS9Y

Kaizer Chiefs legend Neil Tovey has paid tribute to Kaizer Motaung on his 74th birthday on Tuesday‚ saying it must be extremely pleasant for him to ...
Sport
3 years ago