'I'll fire Chippa Mpengesi before he fires me': Joel Masutha 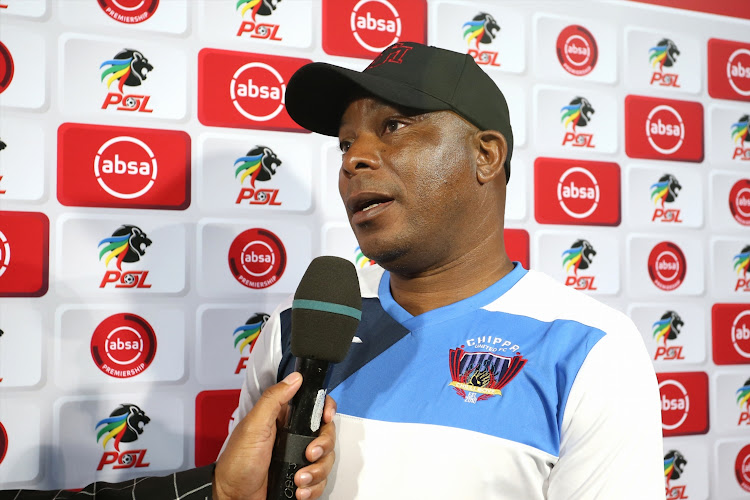 Joel Masutha made a rapid fire return to the Premier Soccer League (PSL) coaching ranks and got his new career at Chippa United off to a positive start on Tuesday before warning he is no temporary fix at a club with a long history of dismissing coaches.

“When I took the job I told myself that even if people are saying that he will fire me‚ I believe that I will fire him!‚” Masutha said in a reference to trigger happy Chippa boss Siviwe Mpengesi‚ who is on his third coach this season after seeing off Dan Malesela and Eric Tinkler.

“That is the attitude that is going to carry me through.

"You can’t be a coach if you are going to be a coward‚” said Masutha‚ who was dismissed by Black Leopards last month but back in a job within weeks.

“Firing is beyond our control.

"We just have to do our work and the things that you cannot control‚ leave them to the people who can control them‚” he said after his side drew 1-1 with hosts Cape Town City at the Athlone Stadium.

Kermit Erasmus is returning to the Premier Soccer League after Cape Town City added him to their squad‚ announcing his signing on Wednesday.
Sport
2 years ago

His debut in charge of Chippa was certainly positive and Masutha believes there is much potential‚ even if the club are dangerously placed near the bottom of the league standings.

“I was satisfied with the fighting spirit that the players showed.

“In the first half‚ Cape Town City were running like hell‚ they were on top of us.

"But we showed character.

"Yes‚ we made mistakes here and there but you could see that this is a team that wants to move up the log.”

Masutha said a team struggling near the bottom of the table would be to lose composure after going behind early on in the game.

“But they didn’t do that and that makes me feel satisfied‚" he said.

Cape Town City squandered much needed points as they let an early lead slip and were held to a 1-1 draw in the Premier Soccer League at the Athlone ...
Sport
2 years ago

"But we have a lot of work to do on them playing more positively‚ not being afraid and taking the game to the opponent.

“If you look at the team I fielded‚ I believe that on any given day they can take on anybody and win the match.

“I believe where we are right now has hampered the confidence of the players‚ but this point against a super team will help these boys to start believing and things will be OK.

“I’m happy here because of the spirit and character shown by the boys because not many teams will come here to play Cape Town City and come out alive.”