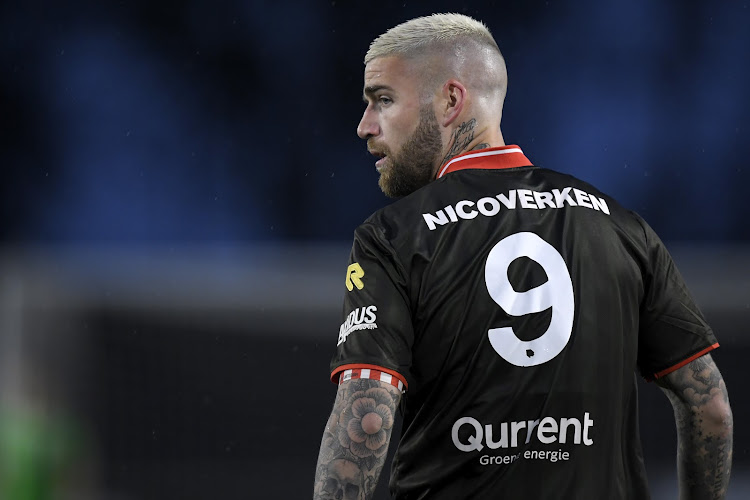 Bafana Bafana striker Lars Veldwijk is chasing promotion to the Dutch Eeredivisie with his Sparta Rotterdam before he travels to SA for the Africa Cup of Nations camp.
Image: ngelo Blankespoor/Soccrates/Getty Images

South Africa’s overseas-based players will have more chances to prove their form ahead of the final squad selection for the 2019 Africa Cup of Nations (Afcon)‚ including on Wednesday night when striker Lars Veldwijk guns for promotion to the Dutch Eredivisie.

Veldwijk and his Sparta Rotterdam side are 2-0 up against Top Oss with the home leg of their second round play-off to come‚ and it would be a major surprise were they not to complete the job.

That will mean two more games for the Bafana striker against either SC Cambuur or De Graafschap for a place in the top-flight next season.

It means the season will officially end for Veldwijk on May 28 when the second leg of their play-off final would be staged.

That is the same for Thulani Serero‚ who has helped his Vitesse side into the final of the Uefa Europa League playoffs.

They now meet Utrecht for a place in next season’s European competition on Friday and next Tuesday.

Serero played the full 90 minutes as Vitesse beat FC Groningen 3-1 on Tuesday to seal their place in the final.

Bafana’s Ligue 1 players still have one round of the season to go in France on Friday and coach Stuart Baxter will be praying for no fresh injury worries.

Bongani Zungu’s Amiens take on Lebogang Phiri’s Guingamp needing a win to make sure they do not become embroiled in the relegation play-offs.

A loss will be OK if Caen do not beat Bordeaux.

If Amiens do drop into the play-off position then his final game will only be on June 2‚ meaning he will be a late addition to the Bafana squad that is assembling for camp ahead of the Afcon finals.

Lebo Mothiba will end his Strasbourg season away at Nantes‚ and will hope to finish off with a goal after a barren run of late.

Keagan Dolly is unlikely to feature for Montpellier against Marseille.

Joel Untersee‚ whose appearance in camp will be subject to him receiving his passport in time‚ is potentially in action tonight and on Saturday for Swiss side FC Zurich‚ where he has been on loan from Italian Serie A club Empoli.

Untersee has not played since the end of April through injury‚ but appears to be fit again as Zurich push for a place in the Europa League next season.