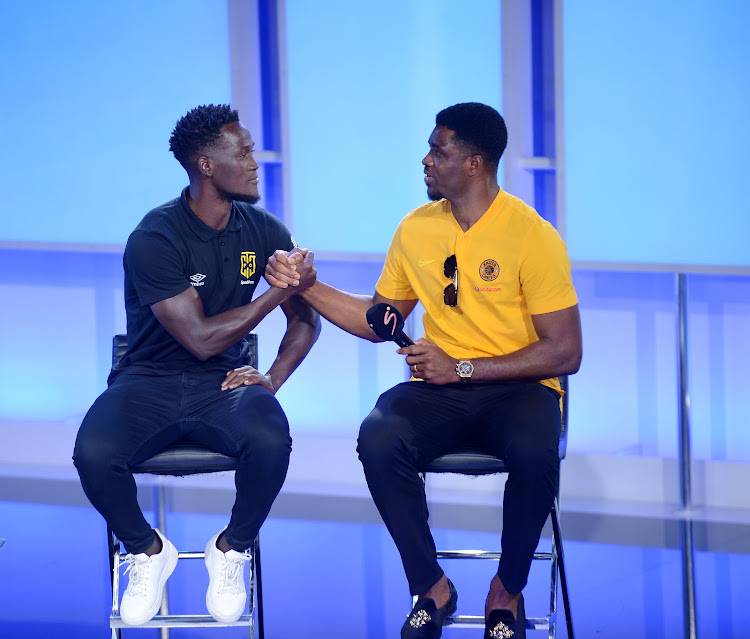 Mthembu‚ who is nicknamed "Shaka Zulu" because of his face purportedly resembling that of the renowned Zulu king uShaka kaSenzangakhona‚ said there “will be war” when the Citizens host Amakhosi in Cape Town next weekend in their last-16 clash.

“We’ll have to pull the spear and go to war‚” said Mthembu referring to their clash against his former club Chiefs.

The City striker was quick to allay fears of perhaps holding a certain grudge against his former team‚ saying he is what he is because of his time spent at Naturena.

Benni McCarthy’s City have not been on good form at the start of the season with one victory‚ five draws and two defeats in the league and Mthembu said the match against Chiefs presents a good opportunity to show everyone that they’re still a good side.

“No it’s nothing to do with the fact that I’ve played for Chiefs before‚” explained Mthembu‚ playing down the grudge aspect.

“I don’t have hate for Chiefs. I was there and I did my part. It was good and they treated me well.

“I think it’s because of the results we’ve been getting. We wanted to win and we’re getting draws.

“Now it’s time to step up our game. The Telkom is a knockout [competition]‚ it’s a once-off game so we have to go at war.

“We have to go to the next level of fighting for the team.”

Mthembu‚ who is yet to find the back of the net this season‚ admitted that the match against Chiefs won’t be easy because City are meeting a side who are on top of the league table.

“It’s a difficult draw but I think we’re familiar to them. It’s a KO game and you don’t have to be nice and play beautiful football – we just have to go out there and fight.

“We haven’t tasted a win for a while and we hope this is the game that will help us taste the win and go to the next round.”

Mthembu said playing at home should help City even though he accepted that for Chiefs it doesn’t matter where the Soweto giants play because they draw support all over SA.

“Judging by last season‚ we had a good record at home. This season we’ve not played that well at home but I think we have to turn the tables now‚” the striker said.

“We have to go back to our winning ways‚ especially at home. This is where we’re finding joy – it’s positive in terms of playing at home.”

Putting Chiefs under pressure by denying them an early goal will be key‚ Mthembu said.

“Chiefs fans usually give their players 20 minutes and if they haven’t scored by that time they tend to turn against them.

“So that’s a story of big teams. But we’ve been there‚ we’ve seen that and we have our ways of overcoming them. We’ll have to take the game to them because it’s better to play against them that way.

“But if you allow them to come at you that’s a problem.”

City have already lost 2-1 in the PSL this season against Chiefs. Their sole league victory came against fellow Capetonians and rookies Stellenbosch FC in August.

The PSL will confirm the venues and times of the TKO last-16 matches at a later stage.