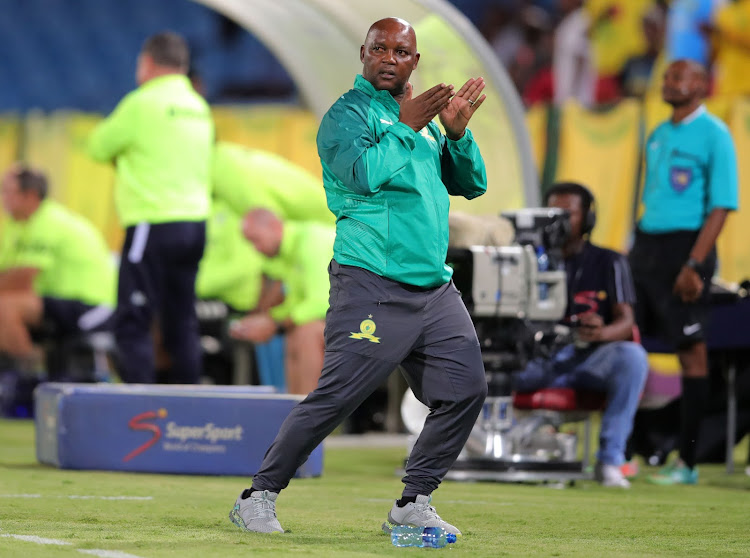 Mosimane said Tom erroneously handed nine lives to hard-tackling Wits captain Thulani Hlatswayo and that the ref was wrong to give Downs’ influential midfielder Themba Zwane a yellow card in the second half.

Hlatswayo was lucky to finish the game as he lived on the edge with his hard tackles.

Zwane‚ as a result of his booking‚ will miss the crunch Premiership encounter against rivals Orlando Pirates next week Wednesday in Soweto due to suspension.

“To be at this level you need consistency‚ you need to show what you have‚ but I could see when the match started that it needed a Victor Hlungwane or Victor Gomes because he still has a long way to go‚” said Mosimane about Tom.

“He is not going to be my referee of the year.

"I never criticise referees but Tom was not on top form tonight and that is why I am saying he is not the referee of the year in my opinion.

“I think ‘Tyson’ [Hlatswayo] had nine lives in the game.

"I just could not believe that he tackled one of my players who was the last man from behind and he went and cluttered into ‘Pitso’ [Sphelele Mkhulise].

“The funny part is that the referee ordered the medical people to come onto the field to check the injured player but he didn’t give out a yellow card.

“It was a straight yellow because those are the principles. He had already given out a red card‚ so he didn’t want to issue another one.

“On the corner‚ ‘Mshishi’ [Zwane] is there and he goes and gives him a yellow. Why?

“Why do you go to Mshishi and give him a yellow card‚ and you can’t say it was dissent? Because he was far too far [away] to be able to say that he said something or remonstrated.

“I don’t know what happened. It’s a big worry and I would like to know why he gave him a yellow – but you know‚ in SA you are not allowed to talk to referees.”

Baroka FC and Cape Town City met on the field on Sunday and will be up against each other again on Tuesday‚ but this time in the boardroom when the ...
Sport
2 years ago

One of SA's oldest football clubs, Kaizer Chiefs, will mark its 50th anniversary on Tuesday
Sport
2 years ago