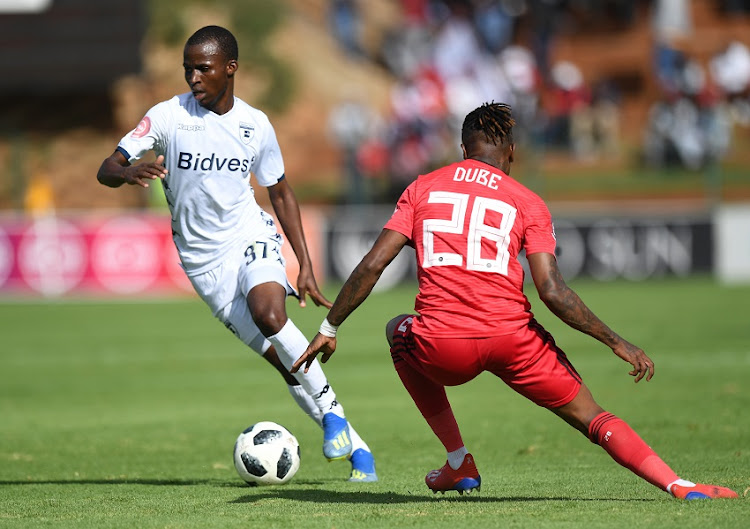 Terrence Dzvukamanja of Wits in action with Mthokozisi Dube of Orlando Pirates during the Absa Premiership match between Bidvest Wits and Orlando Pirates at Bidvest Stadium on April 06, 2019 in Johannesburg, South Africa.
Image: Gallo Images

Orlando Pirates have continued to strengthen their squad ahead of the next season with the acquisition of attackers Terrence Dzvukamanja from Bidvest Wits and Collins Makgaka from Baroka FC.

Dzvukamanja and Makgaka joins Bafana Bafana captain Thulani Hlatshwayo and Namibian international Deon Hotto who were unveiled by the club on Monday much to the delight of their fans.

According to the club’s statement‚ Dzvukamanja put pen to paper after he agreed to a three-year deal with the Buccaneers while the details of Makgaka’s contract were not revealed.

Reacting to the positive developments of his career‚ Makgaka expressed delight at the move to Pirates and promised to reward the Buccaneers technical team with solid performances for showing confidence in him.

“I am pleased to have joined Orlando Pirates Football Club. I hope to repay the team for the faith that they have shown in me‚” said the 24-year-old Makgaka.

Pirates are going to be busy next season as they will be battling on the domestic and continental fronts and coach Josef Zinnbauer is increasing capacity to be able to deal with the challenges of competing in five competitions.

By finishing third in the Premier Soccer League (PSL) last season‚ Pirates will be taking part in the Caf Confederation Cup while Mamelodi Sundowns and Kaizer Chiefs will be playing in the Champions League.

On the domestic front‚ Pirates will be involved in the Premiership‚ MTN8‚ Telkom Knockout and the Nedbank Cup where they will be looking to end a barren spell as they have gone the past few years without a trophy.