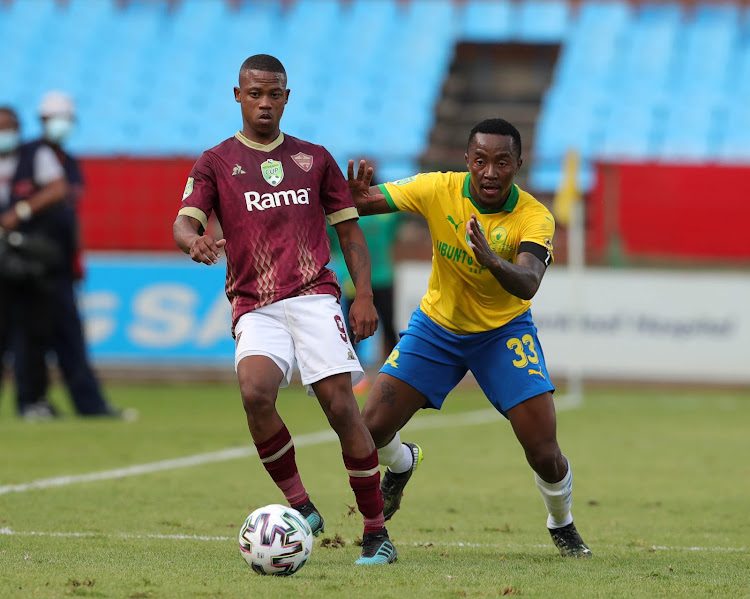 The players of the two sides participated in what was a widely applauded gesture at the time when they stopped play at Loftus stadium to clap their hands in the 16th minute in honour of Ngcongca who had died in a car accident in KwaZulu-Natal a few days earlier.

Sundowns senior official Yogesh Singh confirmed to TimesLIVE that they are set to appear before the DC on Monday.

“We have been charged and the matter is sitting tomorrow (Monday)‚” said Singh on Sunday.

Both sides have been charged for failing to take reasonable steps to prevent their players from causing a delay and/or interruption of the match when they stopped play and clapped their hands in the 16th minute.

They are also facing charges of facilitating the promotion of activities that took place during the match without prior approval‚ and for bringing the game‚ the sponsors‚ the PSL‚ Safa‚ Caf and Fifa into disrepute.

The two clubs received praise across the nation for their heartwarming gesture when referee Jelly Chavani temporarily stopped the game in the 16th minute.

The match was stopped at that specific time because the former Bafana Bafana and Sundowns defender wore the number 16 shirt during the four highly successful seasons he spent with the Brazilians.

It is not immediately known if referee Chavani and the match commissioner on the day will also be sanctioned as they were in charge of the proceedings on the day.

Sundowns may face another sanction at a later stage as their league match against Chippa United was stopped in the second minute to remember former defender Motjeka Madisha. The defender‚ who died in a car accident in December‚ wore the No.2 shirt.

The circumstances are a little bit different as the ball had gone out of play when players and officials stood up to applaud in the second minute.

Dedication to his goal the mark of Ronwen Williams' success

Ronwen Williams has a lot to deal with this year, but such is his laid-back demeanour and positive take on the challenges of life that when you chat ...
Sport
1 year ago

It wasn't the Valentine's Day gift that Jwaneng Galaxy were hoping for after they were punished by visitors Orlando Pirates in a Caf Confederation ...
Sport
1 year ago