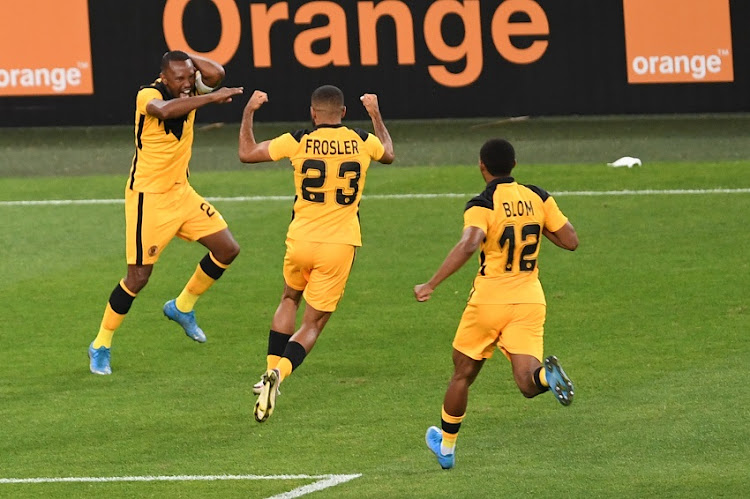 Kaizer Chiefs are warming to this Caf Champions League group stage thing, a nine-man Amakhosi fighting their way to a 1-0 victory against Wydad Casablanca at FNB Stadium on Saturday evening that saw the Soweto giants remain in the fray for the quarterfinals.

Perhaps, though, Chiefs warmed a touch too late. While it was a worthy victory for Gavin Hunt's men, Horoya's 1-0 win against Petro de Luanda in Angola, where Chiefs drew, still leaves Amakhosi needing a result away in Guinea in the final fixture (a draw with goals, or a win, by the head-to-head permutations). Chiefs and Horoya, who drew 0-0 in Johannesburg, are on eight points in Group C and Wydad on 10.

Chiefs had goalkeeper Daniel Akpeyi red-carded in the 40th minute. Bernard Parker headed them ahead in the 48th. Samir Nurković became the second Amakhosi player dismissed in the 89th.

Kaizer Chiefs coach Gavin Hunt has revealed that long-term injury concern Khama Billiat is available and might get a run in Amakhosi's big Caf ...
Sport
1 year ago

Wydad were all North African structure, but also plenty of far-from-Oscar-worthy theatrics. They lacked their normal imperious player power having left stars in Morocco. Seventy-one-year-old coach Faouzi Benzarti also did not travel, reportedly to take his Covid-19 vaccine shot.

Amakhosi suffered a setback with what seemed strange officiating from Egyptian referee Ibrahim El Din. Akpeyi misjudged the bounce of a ball upfield outside his box, and caught it. El Din adjudged that a professional foul, even though the ball would have missed goal.

A low-slung missile lob by Khune released Nkosingiphile Ngcobo down the left. The midfielder's cross was intercepted by the head of centreback Amine Farhane, but looped to Parker on the right, who cleverly placed a header past keeper Aissa Sioudi.

Nurkovic went up for an aerial ball, Farhane going down screaming — a trait of the Wydad players all night — and Chiefs' striker received his second yellow. The Serb's first had come in the first half when Farhane also fell screaming.

Kaizer Chiefs coach Gavin Hunt could only chuckle in response and answer in the negative, asked if the once-again vacant Bafana Bafana job is ...
Sport
1 year ago

Mamelodi Sundowns preserved their unbeaten record in Group B of the 2020-21 Caf Champions League, but dropped their first points, drawing 0-0 against ...
Sport
1 year ago

Orlando Pirates’ list of walking wounded has left coach Josef Zinnbauer plenty to manage as he seeks a winning combination in Libya against Al Ahli ...
Sport
1 year ago