Benni McCarthy on Bafana: ‘All I can say to Broos is good luck and all the best’ 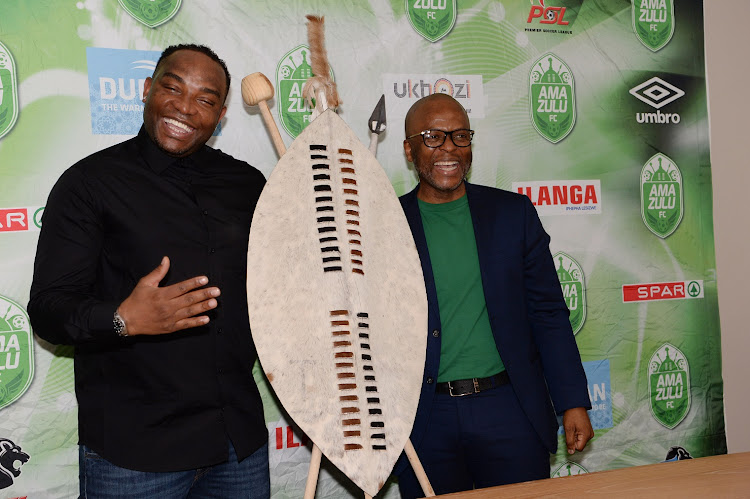 AmaZulu chairman Sandile Zungu and coach Benni MCarthy have said they are relieved that the SA Football Association (Safa) ended the speculation around who was the next coach of Bafana Bafana when they appointed Hugo Broos this week.

Safa named the Belgian on Wednesday, ending three weeks of speculation that had dragged McCarthy’s name into the job, until it was confirmed on Wednesday morning that the Usuthu coach was no longer in the running after failing to agree with the association on his support staff.

In a press conference organised by the club in Durban on Thursday, Zungu and McCarthy acknowledged the AmaZulu coach’s link to Bafana. McCarthy declined to get into the details and how the deal fell through, and said he wanted to treat the matter as just speculation.

Sources within Safa had confirmed to TimesLIVE on Tuesday night that it was the conditions that the all-time Bafana leading scorer had put forward that led to the deal falling through on Monday, leaving Safa with a few hours to confirm Broos’s appointment.

“The recent stories that were linking our technical team to Bafana Bafana were met with great resistance,” said Zungu.

“I’ve been very consistent in saying we’ll not release Benni to go to Bafana. Why? Because he’s doing a fantastic job [at AmaZulu].

“Why must we sacrifice the greatness of AmaZulu, which is in the rebuild for the glory of the cause that we all subscribe to, but which has got many alternatives, hence they’ve gone out and found someone [Broos] else.

Belgian Hugo Broos has been named the new coach of Bafana Bafana‚ Safa announced on Wednesday.
Sport
1 month ago

“Number two, we love Benni and everyone loves Benni and our fans have been talking to us, writing to us and calling us and say, ‘You dare’.

“You can laugh at that and say, ‘Well, but you know, you don’t want angry fans. So when they say, ‘You dare’, we take it seriously. ‘You dare release Benni’.

“So we were very clear we were not going to release Benni and it helps that he’s contracted [for two more years] to AmaZulu.

“So we made it very clear that Benni is not going anywhere and he can talk for himself, but we’re very glad that he appreciates our seriousness and the ambition that we have, which is in line with his own ambition.

“So, I’m very glad that we have our technical team intact and eager to take us through to the end of the season and to be part of our preparations for the next season.”

AmaZulu are second in the DStv Premiership and now almost certain to fulfil Zungu’s ambition of finishing in the top four. McCarthy said his team will fight to win all the remaining four matches in case log leaders Mamelodi Sundowns, who have a game in hand and are four points clear, slip up.

On his link with Bafana, McCarthy said: “The rumours [on Bafana], we try not to let rumours get to us and derail what we want to do as individuals and as a team.”

The former Bafana striker further offered some kind words to the new national coach, saying he need not worry, as the country has enough talent to succeed.

“We have got a good group of players, so ja, I can’t see why there can’t be success. All I can say to the new guy [Broos] is good luck and all the best.

“We know that we’ll be playing qualifiers for the World Cup and ja, we’ll be rooting for Bafana,” said a chuckling AmaZulu coach.

“All I can give them is my best wishes, more I can’t do.”

Having had a great season and set to finish in their highest position in the PSL era, Zungu announced that the club will have an awards ceremony on May 31 to honour the players and coaching staff for their efforts.

New Bafana Bafana coach Hugo Broos has made his intention clear that he intends to introduce younger blood to mould the national side into a ...
Sport
1 month ago

Belgian Hugo Broos replaces Molefi Ntseki who was axed for failing to take the national team to the 2022 African Cup of Nations (Afcon) tournament.
Sport
1 month ago