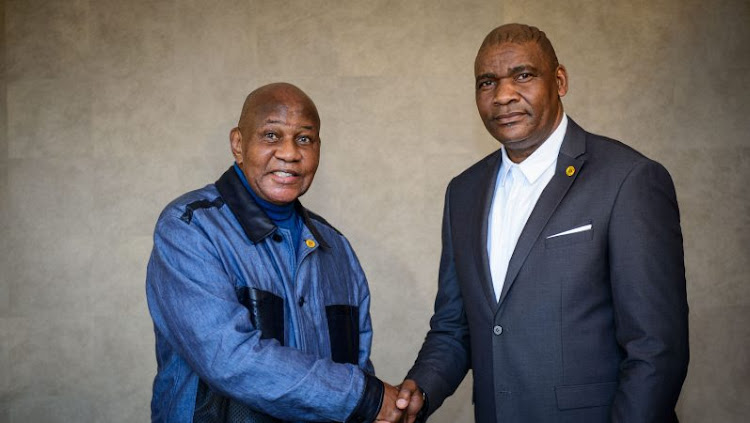 Former Bafana Bafana coach Molefi Ntseki has joined Kaizer Chiefs as the club’s head of technical and the youth development academy on a three-year deal with an option to renew for two more years.

The stuttering Amakhosi announced the appointment with a statement on Monday and said the 51-year-old Free State-born coach will officially start his new job on Tuesday June 1 as Chiefs look to bolster their technical operations of building teams that will be competitive at all levels.

“We are delighted to have Molefi Ntseki at Kaizer Chiefs‚” Chiefs owner-chairman Kaizer Motaung said in the statement. “Molefi comes at the right time as we implement changes that we believe are necessary for the club as we go into the future.

“We strongly believe that we have appointed the right person for the position as he is someone who has really worked at all stages of football‚ from school level‚ youth structures and all our national teams.”

The glamour club said Ntseki will have the responsibility of advising on all technical operations and developing the strategy for the senior team‚ Kaizer Chiefs Youth Development Academy and the reserves.

Ntseki will work with all the members of the senior team and also oversee the club’s development academy and scouting department. His role will help with maintaining the link between the academy and the first team and ensure that they are aligned with the Kaizer Chiefs values‚ ethos and traditions‚ said the Soweto club.

“We want to make progress in the way we run our football technical operations at all levels‚” Motaung added. “We also do not want to lose all the good lessons we have learnt as far as our youth development academy is concerned.

“Kaizer Chiefs has seen good players come through our youth structures and we would like for that to continue.

“Our youth coaches have done a tremendous job over the years and we have seen them identify and promote great talent for Chiefs and the national junior teams. It’s important that we keep the Chiefs DNA intact and uniformity to ensure we hire the right people who will be the custodians of what we are building.”

Other responsibilities Ntseki will have will include upskilling‚ mentoring and training coaches.

“We look forward to Molefi’s contribution within the Kaizer Chiefs set-up. We believe he will work well with all the coaches from senior to junior and members of the technical team as we continue to build the club and maintain its position in South African football and growth in Africa.”

It is believed Chiefs will announce a new head coach to replace Hunt in the next coming days to give the new boss a reasonable time to prepare for the first leg of the Caf Champions League semifinal away against Moroccan giants Wydad Casablanca next month.

Orlando Pirates are also at the mercy of Arrows who still have to play against Kaizer Chiefs and Stellenbosch FC.
Sport
11 months ago