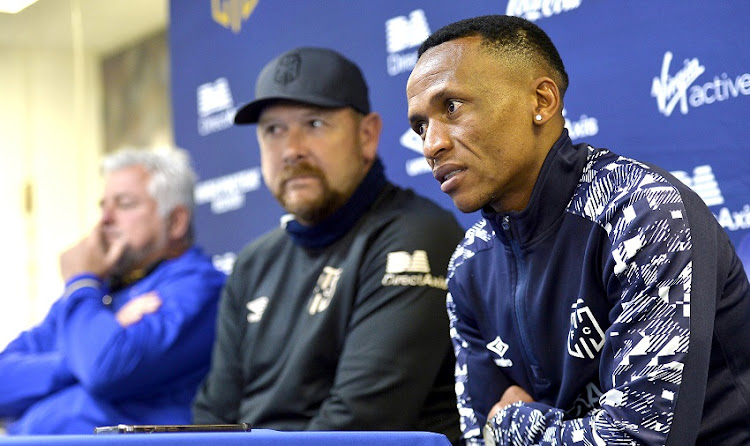 The enterprising, eye-catching and classy Cape Town City attacking-midfielder Bradley “Surprise” Ralani has insisted that he does not “regret” having not played for Bafana Bafana.

As he celebrates reaching his 100-match milestone with City in their 2021-22 DStv Premiership opener against SuperSport United at Athlone Stadium on Saturday, the former player of Swedish side Helsingborg IF takes it on the chin that he has been overlooked by the national team.

This was despite his eye-catching performances in the Cape. Ralani (33) accepts that before that, starting out and playing from 2010 to 2017 in Sweden's second-tier, he evaded Bafana coaches' radar.

“I don't really regret going to Europe before playing in the PSL because I mean what's been happening over the years in the Bafana [Bafana] setup it is still happening,” said the hard-working Ralani.

“Even the boss [Eric Tinkler] was talking about the same old song. And ja, I've been to Europe and I've been doing well.

“You can check my stats, you can check the teams [that] I’ve played for and there were times when players with no team were called up [at the national team], so I don't really regret it [not playing for Bafana Bafana].”

The Citizens snapped up Ralani after he impressed in the Swedish second-tier Superettan, where he netted six goals from 27 matches in the 2017 season.

“I am really grateful for reaching this milestone with a great club like Cape Town City,” he said of his of 100 games.

“I've never played in a professional team in South Africa before, all my years I played in Europe.

“And when the time came to play in South Africa, Cape Town City was the first on the list and they were really serious about having me.

“And ever since I've never had any regrets whatsoever, because I had a wonderful journey with this club. I am really grateful for the opportunity the chairman gave to me.”

Cape Town City chairman John Comitis has denied Thabo Nodada and Taariq Fielies will be the next two signing announcements made by Kaizer Chiefs.
Sport
4 months ago