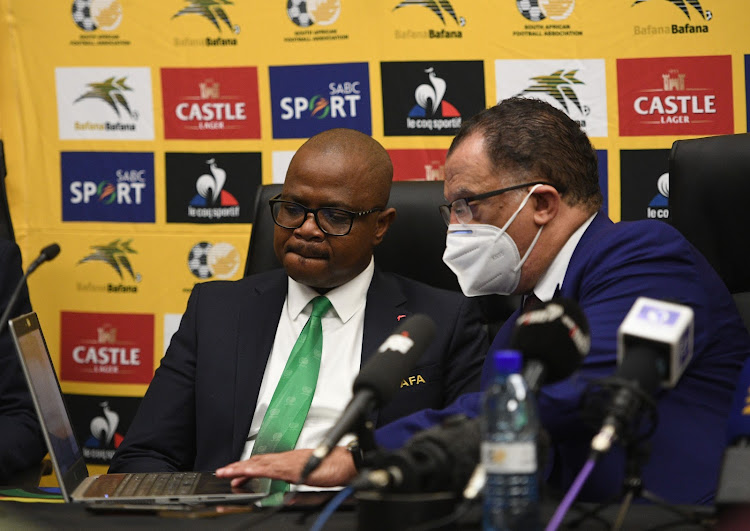 A decision on whether there will be fans in the FNB stadium when Bafana Bafana host Ethiopia in their crucial 2022 Qatar FIFA World Cup qualifier next month is expected to be finalised early next week.

Earlier this month, deputy president David Mabuza and sports minister Nathi Mthethwa launched government’s “Return to Play — it’s in your hands” campaign. They said fans will have to be vaccinated to return to stadiums.

Bafana take on the East Africans in back-to-back qualifiers with the first encounter scheduled for October 9 in Ethiopia, and the return leg to be played at FNB Stadium three days later.

Safa CEO Tebogo Motlanthe has confirmed they are meeting Mthethwa and his team and other important government stakeholders early next week to discuss the matter.

“There will be a meeting with the minister (Mthethwa) early next week which will shed light about what is going to happen regarding fans for the match against Ethiopia at FNB Stadium. After that meeting, there will be an announcement on the way forward,” said Motlanthe.

“The minister and the deputy president (Mabuza) said the last time that there must be an assessment of the vaccine roll-out and also readiness of vaccine certificates, and these issues will be discussed in that meeting.”

Elsewhere in Group G, the Zimbabwe Football Association (Zifa) has written to the Confederation of African Football (Caf) seeking permission to have at least 5,000 fans allowed into the National Sports Stadium for their qualifier against Ghana.

“If we tick all the boxes and government agrees with us and we get the green light to open up for a particular number of spectators back in the stadium, we will write to Caf to tell them we are ready to host a certain number of supporters,” Motlanthe said.

“Issues of how many spectators will be allowed and other important details will be discussion points during the meeting with the minister, his team and other relevant stakeholders.”

Motlanthe said Safa have welcomed the apology from the Premier Soccer League (PSL) after Bafana coach Hugo Bross and his assistants were denied entry to Orlando Stadium at the weekend.

“They [the PSL] have apologised and we accept the apology. We believe this should not have happened.

“It cannot be an excuse that we did not tell the other party the coach was going to watch that match, but we have accepted the apology and we have moved on from this matter.”

Lionel Messi is expected to play in Paris St Germain's (PSG) Uefa Champions League clash against Manchester City on Tuesday after taking part in a ...
Sport
7 months ago

Manqoba Mngqithi has said Mamelodi Sundowns' MTN8 ambitions have over the years always been sidetracked by more pressing events, such as the Caf ...
Sport
7 months ago

Owen Da Gama has become the first DStv Premiership coaching casualty after he was fired as TS Galaxy coach following a difficult start to their ...
Sport
7 months ago