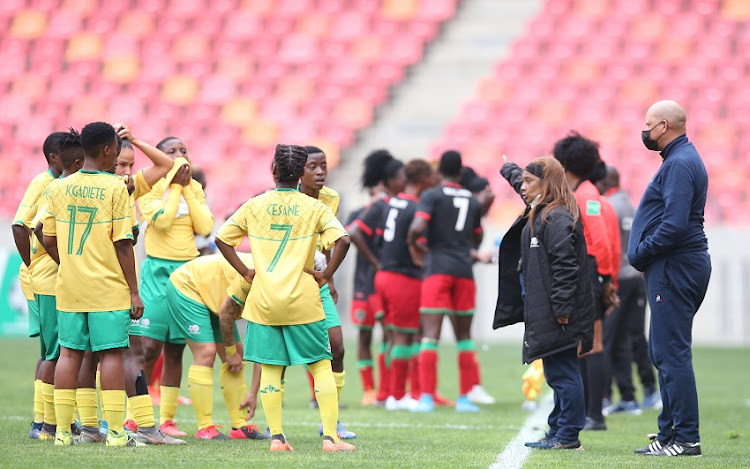 For the first time in the history of the tournament, Banyana will not be part of the final decider after going down 2-3 against Malawi on Thursday afternoon.

Credit should also be given to Malawi players who made things difficult for the hosts, who wasted plenty of scoring opportunities in the second half.

Ellis said Banyana had plenty of chances for a second goal, but then defended poorly.

"Unfortunately our biggest part of the game is not conceding, but defensively we were poor today," she said.

"We got back into the game and we conceded with a few defensive errors at the back. We had opportunities to clear the ball and we did not and we got punished for that.

"We did not have a great first half and we made a few tactical changes and we were better in the second half but the way we conceded was unlike us."

Ellis said the disappointing results served as a wake-up call for the players after failing to maintain their shape.

"Normally we talk about managing the game and unfortunately we did not manage the game well," she said.

"Today Malawi was clinical in front of goal.

"We had a few opportunities to score and I always say, if we don’t concede we will create and we will win, but unfortunately today we conceded more than what we scored. I am disappointed with the result but we have to go back and look at ourselves and what we could have done better."

Banyana will commence with their Africa Women Cup of Nations journey with the first qualifying match away to Mozambique later in October.

Outgoing Newcastle United owner Mike Ashley said he had rejected a higher bid than the one that led to the Premier League club being taken over by a ...
Sport
7 months ago

TS Galaxy further bolster their technical team with the appointment of Mensur Dogan as the new assistant coach.
Sport
7 months ago

Development of referees critical to the standard of football, says Zakhele Siwela

'We've been waiting for this moment,' says Motsepe as Sekhukhune finally get to lift their trophy

Sekhukhune United defender Sello Motsepe could hardly contain his excitement after the club finally got the chance to lift the GladAfrica ...
Sport
7 months ago