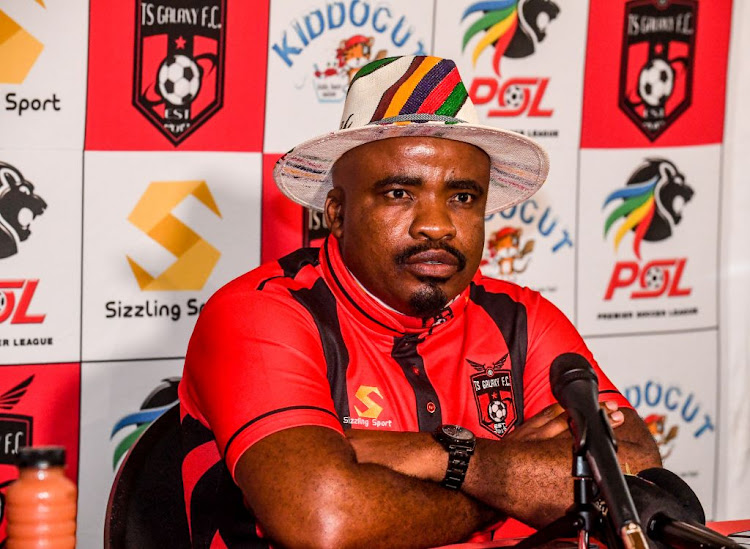 TS Galaxy owner Tim Sukazi has described a previous match between his team and Orlando Pirates where he alleges there was pushing and shoving as security officials attempted to prevent him accessing the field before kickoff.

Sukazi has called for action by the Premier Soccer League (PSL) after video footage circulated via Galaxy's Twitter account showed security personnel at Orlando Stadium manhandling him as he attempted to access the change rooms and tunnel to the field area.

The incident took place before  Galaxy's 2-0 DStv Premiership defeat to Orlando Pirates on Saturday. Sukazi was denied entrance to the area despite having an all access accreditation pass.

Sukazi alleged Galaxy experienced a similar issue before the 1-1 league draw against Pirates at Orlando last season in January, but let it go.

“It is true — the exact date was January 26 2021, on a Tuesday. It was the historic first official game for TS Galaxy at Orlando Stadium,” Sukazi told a press conference of the SA Football Journalists’ Association.

“However, that time the fracas didn't occur outside. I was inside — through the glass door.

“The same situation happened. I was nice and early — I had to inspect the pitch. Then there was pushing and shoving.

“Fortunately for us we managed to overpower the Orlando Pirates security and I made my way to the pitch, I inspected the pitch as per normal.

“ I sat in the dugout with [then-Galaxy coach] Owen Da Gama, we had our own discussion about the game. Then I went to the change room, and so forth and so on.

“And it [the incident] was captured by a DStv camera. [DStv] is the title sponsor of the league. They have that footage, I know for a fact.

This is the kind of treatment we are subjected to at Orlando Stadium. They don't want to allow our President to access the field but he has an accreditation that allows him to be in the field.#Siyadumuza#TheRockets#TSG pic.twitter.com/W4U8eWaTRQ

“ That camera is straight in line with the centre line; the guy who swings in a chair — he captured it. But it was never shown to the public or issued to the league as an issue of concern by DStv.

“Why? I don't know. So you guys [the media] can check who the floor manager was on the day and ask what happened to the footage.

“It is there. Whether it was destroyed or not, I don't know, but it is there. It was seen, on camera. even the journalists on the day, they saw.

“So it did happen. But nothing happened with that situation.

“Fortunately this time round, when it started, people were smart enough to say 'You know what, let's capture this thing so people can see what we were subjected to here'.”

Pirates have yet to comment on Saturday’s incident. Pirates and PSL chairperson Irvin Khoza was asked about it at a PSL press conference on Monday and referred the question to acting CEO Mato Madlala, who said the league was waiting for the reports about the incident and would act appropriately.

Galaxy owner Tim Sukazi: 'One of the most disgraceful scenes ever seen in SA football'

TS Galaxy owner Tim Sukazi has spoken out about the events leading up to the fracas at the entrance to the Orlando Stadium field and change rooms on ...
Sport
5 months ago

TS Galaxy chairman Tim Sukazi was involved in a fracas at his team's DStv Premiership match against Orlando Pirates at Orlando Stadium on Saturday ...
Sport
5 months ago

OPINION | PSL on a fast track to becoming an administrative embarrassment

The PSL is in danger of stepping onto a heavily soaped-up slip-and-slide that someone unwisely placed on a steep grass bank, at the bottom of which ...
Sport
5 months ago