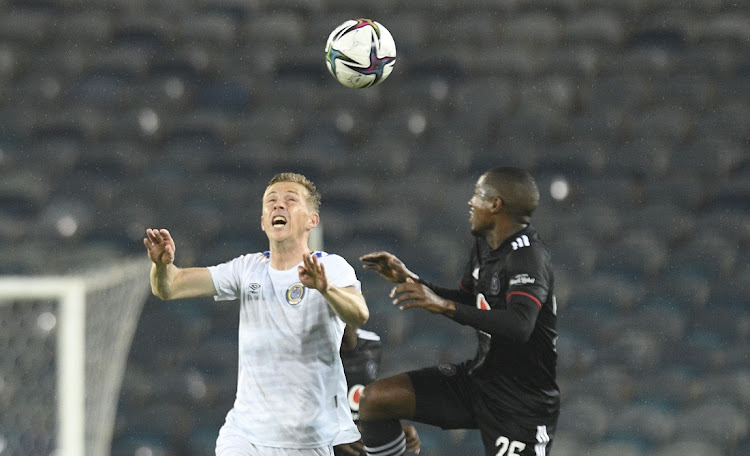 SuperSport United need a win against Orlando Pirates as the DStv Premiership season finally ends on Monday night to avoid slipping to a first finish outside the top eight in 22 years.

Pirates need a win at Lucas Moripe Stadium, in the last of three of their games that were rescheduled due to Bucs reaching the Caf Confederation Cup final, to end in fourth place.

SuperSport are in ninth place on 37 points with a +2 goal difference. A win will see the Pretoria team draw level with eighth-placed Lamontville Golden Arrows on 40 points, but the Durban team would have a worse goal difference (-5).

Pirates have an outside chance of overtaking Royal AM (47 points, +12 difference) in third, if they beat SuperSport by a five-goal margin.

SuperSport midfielder Jesse Donn said Pirates have match fitness from playing two games in the past week since the Premiership’s final round last weekend — a 4-1 win against Maritzburg United at Orlando Stadium and 2-2 draw against Royal AM at Chatsworth Stadium.

SuperSport have been inactive since their second-last game, a 3-1 defeat to Baroka FC on May 14.

“It’s definitely been a long wait for this game. And especially at the end of the season it does get difficult to remain motivated and focused,” Donn said.

“But we know what’s at stake. We’re fighting for a top eight position.

Orlando Pirates and Royal AM cancelled themselves from finishing second and booking a place in next season’s Caf Champions League after they played ...
Sport
1 month ago

“And because Arrows went and beat AmaZulu it means we have to get a win.

“The coaches have done well in giving us enough rest so that we’re rested for the game but not slack in terms of preparations.

“It’s an interesting one because on one hand Pirates have match fitness and will be sharp from playing, and we might not have that.

“But they’ve also played a lot of games at a heavy schedule of fixtures. So even against Royal AM on Friday you saw Royal score two goals in the final stages.

“That could be down to the fatigue of the Pirates players. So we’re definitely looking to bring as much energy and freshness into the game as we can.”

The last time SuperSport ended outside the top eight was when the then only four seasons' old club finished 10th in their 1999-2000 campaign.

Pirates had a 2-0 lead against Royal in Chatsworth on Friday night, but goals in the 79th (Thabo Matlaba) and 93rd minutes (Mfundo Thikazi) earned the Durban team a draw.

‘We know that the gap between us and Sundowns is too big': Pirates coach Fadlu Davids

After they failed to qualify for the Caf Champions League, Orlando Pirates co-coach Fadlu Davids made the sobering admission that they are lagging ...
Sport
1 month ago

Orlando Pirates co-coach Mandla Ncikazi says should the club fail to make a swift return to the Caf club competitions, it would mean they have failed ...
Sport
1 month ago

Arthur Zwane has promised not to be a “Hitler” as Kaizer Chiefs new full-time coach while he spearheads the mission to bring back happy days to ...
Sport
1 month ago

Orlando Pirates co-coach Mandla Ncikazi has apologised to the Confederation of African Football (Caf) for using the wrong platform to vent about ...
Sport
1 month ago