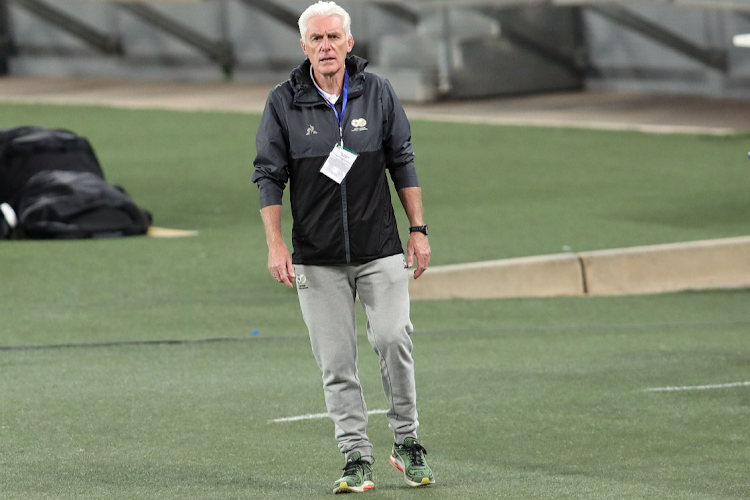 Bafana Bafana's performances under Hugo Broos have come under the spotlight with some claiming there is an improvement and others slamming the coach for not using established names.

Broos has undertaken a rebuild of the national team since taking over last year and his side put up a spirited fight in a 2-1 defeat to Morocco on Thursday night.

Bafana went into the halftime break ahead after an 8th-minute strike from Lyle Foster. But the national team conceded twice, the last just minutes before the end of the game, with no points in the bag.

They will be hoping for better results in their remaining 2023 Africa Cup of Nations qualifying matches.

Weighing in on the match, some claimed Broos' rebuild is beginning to bear fruit.

“Let's be honest, when last did we see Bafana Bafana play such football? Broos has really made a massive transformation,” said one fan.

Others urged him to bring in the more experienced Themba Zwane, Bongani Zungu and Andile Jali.

Bafana icon Doctor Khumalo has previously questioned Jali's omission, while veteran star Dan “Dance” Malesela claimed Bafana shouldn’t be a place where players are developed and only the best should make the cut.

Speaking last month, Broos said he was sticking with his youngsters.

“When we started with the young team we did well and had a good campaign in the World Cup qualifiers.

“Everybody was enthusiastic and excited that we have a young team, but two months later they were shouting at me because I did not take the team to the World Cup.

“You must not change all the time, you must know what you want. I do what I did from the beginning and will go on with that. That is maybe the mistake this country makes to shout at the coach.”

'Bafana is not a place to build,' says Marumo Gallants coach Dan Malesela

SA football legend and Marumo Gallants coach Dan “Dance” Malesela says Bafana Bafana shouldn’t be a place where players are developed, and only the ...
Sport
4 weeks ago

Bafana Bafana spurned a chance to start their 2023 Africa Cup of Nations qualifying campaign with a tough away draw or even a win when they gave away ...
Sport
3 weeks ago