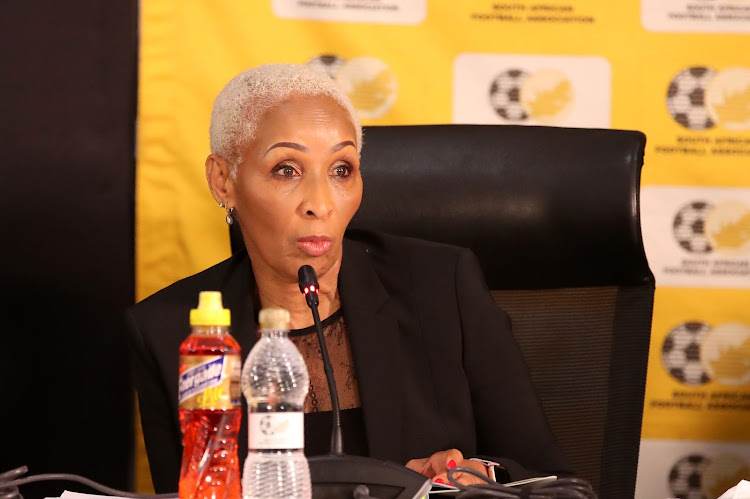 Ria Ledwaba believes the SA Football Association (Safa) national executive committee (NEC) members receiving an honorarium when there was no football due to Covid-19 was totally unwarranted for an association struggling to fund its regions.

The Safa vice-president is challenging Danny Jordaan for the presidency in the June 25 election.  Ngoako “Solly” Mohlabeng of the Safa Tshwane region is the third candidate.

Ledwaba said she did not accept an unexpected payment of R20,000 to NEC members in late December and that she has donated the first R100,000 of a R520,000 honorarium amount covering the years 2019 to 2022 to four Safa local football associations (LFAs).

Insiders close to Ledwaba say she will also donate the rest of the honorarium money, as it arrives in instalments.

She said she was surprised to receive that money, that the decision had not been run past the NEC and that she gave it back to the association.

“I always write and document things because I put myself on record to protect myself. I wrote to the CEO and said I want him to take back the R20,000 that was paid to us [the NEC members] on December 23 when Safa House was closed [for Christmas],” Ledwaba said.

“We received a circular that Safa House will be closed from December 15 to January 15.

“But on December 23 members received R20,000 just before Christmas Day — you can ask yourself if it was Christmas money or not?

“I sent that money back and wrote them a letter saying that there was never an NEC meeting where we agreed that we should pay ourselves R20,000 — even if there was a decision, it must be ratified by the congress before that money can be paid.

“And in 2022, the money must be received before September. We got the R100,000 and I am asking myself should I send this money back to Safa? But this one is approved by the congress, and I can keep it.”

“I questioned that congress [about the validity of the honorarium] and I could not agree to receive something that I am challenging and then take the money. I decided that I cannot send the money back to Safa.

“I then chose four LFAs and gave them R25,000 each. It’s money for football, not money for individuals.”

“That R4m could have been paid to the 52 regions for two months, but it's in the pockets of individuals — it happened just before the nominations. How can this process be justified by anybody?”

Safa’s decision to award more than R20m to 40 members of its NEC as an honorarium has met with controversy.

TimesLIVE attempted to reach Safa CEO Motlanthe, who is in Morocco after accompanying Bafana Bafana for Thursday night’s Africa Cup of Nations qualifying match which they lost, for comment, but he did not answer his cellphone.

Will Bafana Bafana win anything with Hugo Broos as coach?
Sport
3 weeks ago