We were told of patients being starved: the cost of Life Esidimeni cost-cutting 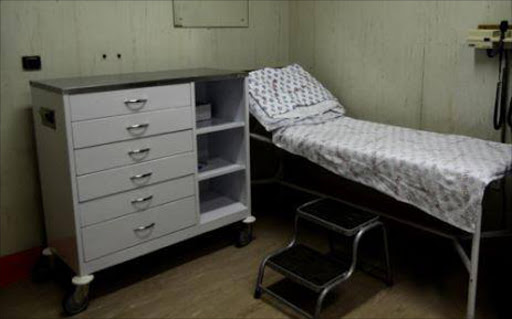 Patients were starved, they relapsed, they shared medication, they had to be identified through photographs because their names and ID numbers were not known and NGO staffers were instructed not to engage with rescuers and families.

This was some of the evidence presented to the Pretoria high court on Monday as the formal inquest into the deaths of at least 144 Life Esidimeni psychiatric patients began.

The hearing is expected to take weeks and is intended to establish who is liable for the deaths — and if anyone is criminally liable.

Details of how the patients caught up in the Life Esidimeni tragedy died have started to emerge. The incident happened because the Gauteng department of health ended its contract with the facility in October 2015, leading to its patients being sent home to their families or transferred to unregistered NGOs. The project was intended to be a cost-cutting exercise and involved 1,300 patients.

The National Prosecuting Authority on Monday started a formal inquiry in the Pretoria high court into the deaths of the 144 Life Esidimeni ...
News
9 months ago

An arbitration into the matter ran from October 2017 to February 2018, chaired by former deputy chief justice Dikgang Moseneke, who ordered that the government pay compensation to bereaved families.

Now, more than five years later, the formal inquest is finally under way.

In her opening statement, adv Adila Hassim, co-founder of public interest law centre Section27 and acting on behalf of the families of the deceased, said the deaths were “not natural”, that government had been warned of the tragedy, but chose to go ahead with its plans anyway, and that, when patients started dying, failed to take action.

“The charges put to [the three] are culpable homicide, assault with intent to do grievous bodily harm and contravention of the Mental Health Care Act,” said Hassim.

"This is a fact-finding mission. It is an important and serious process, and we have faith in it to get to the bottom of the cause of the deaths," ...
News
9 months ago

Chambers told how her organisation had been contacted for help by families of the patients, but that their efforts to step in had been rejected, ignored and rebuffed.

“We were told of patients being starved, that some had relapsed, some were having fits ... some had no clothes or shoes, they were wearing summer clothes in winter,” she said, adding that they had not been allowed to assist.

“There were patients transferred with no names or ID numbers, so we had to make enquiries giving descriptions of them and using photographs,” Chambers said, describing the chaos that unfolded in the early stages.

“We were aware of NGOs that were expecting 10 patients, and 40 would arrive,” she said.

She also told of reports of patients being fed meals infested with worms, of security guards having to do the work of specialist caregivers.

The hearing continues on Tuesday before presiding judge Mmonoa Teffo, who will decide on the order of witnesses. At the end of the inquest she will make recommendations and the National Prosecuting Authority (NPA) will then decide on whether to institute criminal charges.

The inquest is open to the public to watch online via live streaming by the Judiciary RSA YouTube channel or on its Facebook page.