OBITUARY | Another chapter closes on freedom fighters who were beyond reproach 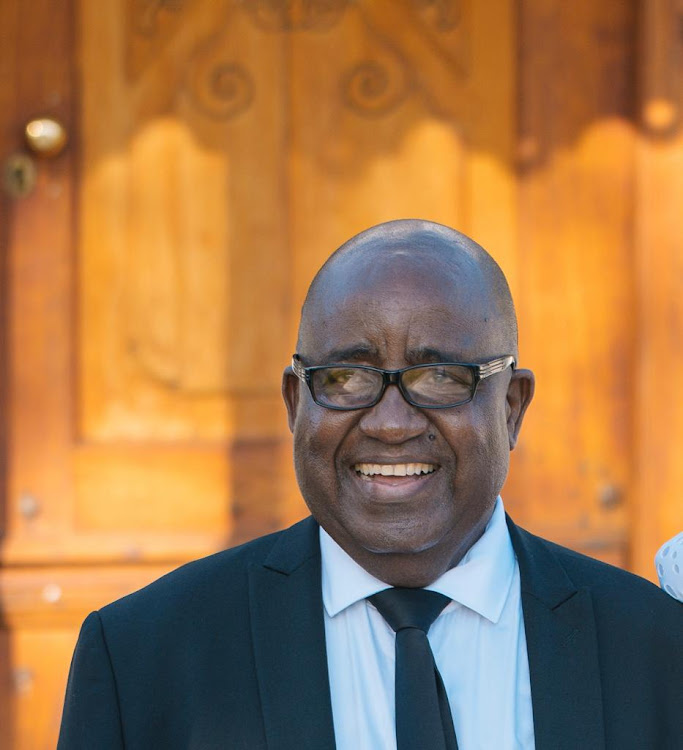 MODEST Azwifarwi Dick Ralushayi was the rock that stood the test of time while many who swelled the ANC's ranks post-1990 pushed and shoved to get to the front of the feeding troughs.
Image: Supplied

The day after Cyril Ramaphosa was inaugurated as president of SA in June 2019, SABC journalist Desiree Chauke asked Azwifarwi Dick Ralushayi how he knew SA’s new leader. For journalists, it was a time to find the unknown gems that would give viewers/readers/listeners a glimpse into the life of Ramaphosa away from the public persona.

Ralushayi attended high school with Ramaphosa and there was even a picture of them as natty dressers standing outside a dorm they shared at Mphaphuli High in Sibasa, Limpopo. Ralushayi was introduced by Chauke as a special friend of Ramaphosa, who had been specifically invited to the inauguration at Loftus Versfeld in Pretoria.

Chauke was sure she had found her gem, even referring to him as part of The Man’s inner circle, and she pushed this line hard. At both points, Ralushayi demurred. “No, I was not the only friend invited, there were several others also invited.”

Chauke did not give up. She pressed: “As part of the inner circle ... ” “I wouldn’t call it an inner circle,” Ralushayi interjected. This could have been his moment to claim proximity to and a special relationship with the number one man in the country, but he didn’t.

Instead, he kept it real: “We know each other, we were at school together and, yes, we are friends, but not special friends, nor part of some inner circle.” In these times of unbridled greed and claims of influence peddling, when many with less access than he had would have claimed more and used that to monetise the claim, Ralushayi stuck to what he knew he could say and still walk with his head high and not be accused of claiming what he wasn’t.

That was the mark of the man Ralushayi was. A humble, soft-spoken, true patriot who committed his life to freedom and suffered immensely for his involvement in the struggle to attain it. He was never one to wear his “struggle credentials” on his sleeve like the Christian Dior labels many suit-wearers do not remove from their jacket sleeves.

Ever modest, but unshakeable in his beliefs, he was the rock that stood the test of time while many, especially the latter-day revolutionaries who swelled the ranks of the ANC post-1990, pushed and shoved to get to the front of the feeding troughs. In one of the last conversations we had, about a week ago, he spoke of people trying to use him to get close to Ramaphosa.

“There was this young guy who phoned and said he and other so-called Venda people want to create an advisory committee to help Cyril and that I should be part of it. I told him Cyril was a president of the whole country and not of VhaVenda, but this boy was insistent that VhaVenda were being overlooked and so on. I told him he should stop insulting me by talking to me in those terms and that he must never ever call me again. I was so angry, you know.”

It was the mark of the character of the man who died on Friday at a Polokwane hospital and who, for as long as I can remember, was always on the side of justice and strongly anti-tribal. From way back in the 1970s, yes, when he shared a dorm with Ramaphosa, Ralushayi was a beacon of commitment.

That steadfast commitment came at huge risk of arrest, detentions, torture and death. Indeed, some of his comrades carry scars, while others, such as his and Ramphosa’s mutual friend, Tshifhiwa Muofhe, were tortured to death by the Venda security police in the early 1980s. Ralushayi was detained at the same time as Muofhe and tortured by the same brutes after the bombing of the Sibasa police station, in which a number of police officers were killed.

He understood, too, the power of communication and was made publicity secretary when the local chapter of the Black People’s Convention was formed in the Sibasa area. He used his position and contacts with Johannesburg-based journalists such as Thami Mazwai, Zwelakhe Sisulu and Phil Mtimkhulu to learn the basics of that profession and would file political stories from the region for the Rand Daily Mail and other publications.

I remember reading his short pieces back then. They were important as markers of the history of activism taking place in that rural town and surrounding areas of Venda. That someone so near to where I lived was writing for the Rand Daily Mail was one of the factors that spurred me to become a journalist. Ralushayi was also instrumental in the production of a local publication, Flashlight, which was banned by the Venda government.

Several stints in detention followed at the hands of the Venda security police or their handlers, the SAP security branch, which saw him, in one instance, languishing in Modderbee prison after the 1977 swoop on activists after the October 19 bannings of organisations and newspapers.

Like many activists of that time, Ralushayi was a staunch Black Consciousness proponent, having cut his teeth in student politics as a member of the SA Students’ Organisation (Sasa). But in reality, Ralushayi was an underground operative of theANC and its military wing, Umkhonto we Sizwe (MK). He was actually a senior internal commander of the far north region of MK, responsible for logistics and storage of equipment for the guerrillas.

In the current divisions that now characterise the ANC, Ralushayi was part of the Veterans’ League that has been vocal against corruption and the drift from the core values of what the party used to stand for. Equally, he was part of the MK Council, which opposes the MK Military Veterans’ Association (MKMVA) of Kebby Maphatsoe and Carl Niehaus, which has come to be seen as unquestioning supporters and storm troopers of former president Jacob Zuma and those around him.

In the SABC interview with Chauke, Ralushayi decried the drift from core values during the Zuma years, saying it was “hell for some of us” to watch the abuse of state resources. He referred to evidence emanating from the state capture and Public Investment Corporation (PIC) commissions at the time, saying the details were shocking and expressing hope that the new dawn of Ramaphosa, then in vogue, would herald a sharp turn from corruption.

That remains to be seen. In the meantime, he is gone and with his death another chapter of committed stalwarts and soldiers for freedom, who fought for no gain, but risked life and limb, has come to a close.

Ralushayi was born on July 7 1950 and grew up in Meadowlands, Soweto. He spent primary school at Ha-Dumasi and high school at Mphaphuli, completing matric in 1970. Thereafter, he worked for a year, before going to the University of Zululand in 1972.

After the closure of all black campuses in solidarity with the expulsion of Onkgopotse Tiro from Turfloop that year, Ralushayi sought employment at home. He worked at a bank and an insurance company. It was in this latter role, in 1992, that Ralushayi and Gabriel Malaka leaked documents about a scheme by the then Venda military government to pay pensions to government employees, with senior officials receiving highly inflated payouts. These were changed after the details were published in national media.

He will be laid to rest on Saturday morning at the Mbaleni cemetery, Thohoyandou. Memorial services are planned for Thursday and Friday at Polokwane and Thohoyandou, respectively.