Launch of 'Coconut Kelz's Guide to Surviving This Shithole' on Thursday 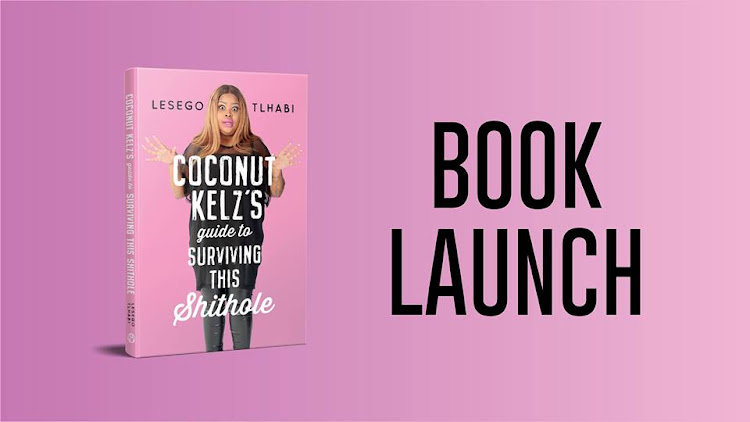 When she was last spotted on the crossroads of Swart and Gevaar Roads, Coconut Kelz was drinking Woolies water and spreading her “truth bombs” about the state of the nation, why corruption is OK when white people do it and why black people don’t win in life…

Coconut Kelz (“Kelello, but call me Kelz!”) is a young Caucasian woman trapped in a black woman’s body. Kelz lives in – and tries never to leave – Sandton and is a staunch member of the DA. She often takes issue with her reverse racist dad, while her mother has to remind her that Braai Day is actually called Heritage Day.

With handy tips on how to achieve the white right standard of beauty, how to catch yourself a white guy (“elongate your vowels, get yourself into white spaces”), the best suburbs to live in and how to host the perfect Caucasian shindig, Kelz offers a complete guide for a full Caucasian conversion. She also shares her thoughts on the differences between race groups, the top three political parties, public transport, how to avoid contact with sgebengas and why one should never stray beyond the Line of Caucus.

Coconut Kelz’s adoration of all things white has riled up many unsuspecting viewers. Of course the real butt of the joke are those white South Africans whose prejudices are laid bare by this character.

Lesego Tlhabi is the comedian behind the satirical character Coconut Kelz. Lesego completed a BA (Honours) in Theatre at Brunel University in London in 2014. The previous year she obtained a diploma in Musical Theatre from the New York Film Academy and a Diploma in TV Writing from Columbia University. She currently works as a content producer and scriptwriter for a variety of entertainment news shows and reality competition shows, including V-Entertainment and All Access Mzansi. She writes and shoots all the Coconut Kelz videos herself.

'Siri, get me Denmark': 'Coconut Kelz' on Zindzi Mandela

Singer Danny K continues to be the centre of conversation after calling out white people on racism.
TshisaLIVE
1 year ago

Help! Three new books to get you sorted.
Books
10 months ago
Next Article