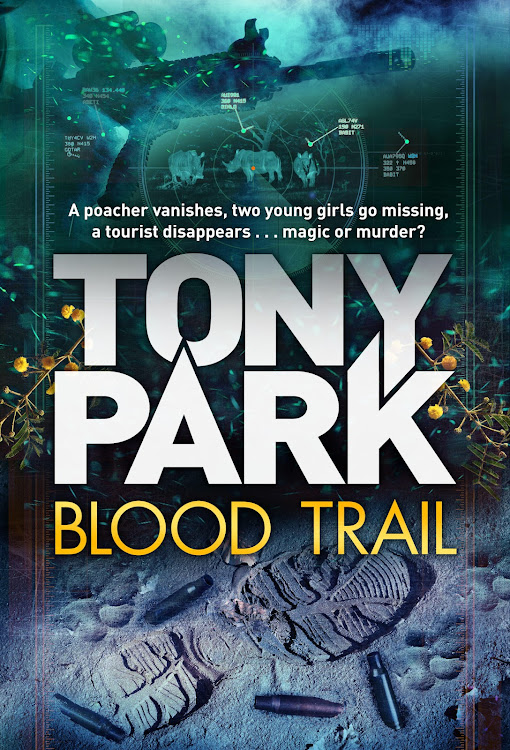 Evil is at play in a South African game reserve.

Meanwhile Captain Sannie van Rensburg, still reeling from a personal tragedy, is investigating the disappearance of two young girls who locals fear have been abducted for use in sinister traditional medicine practices.

But poachers are also employing witchcraft, paying healers for potions they believe will make them invisible and bulletproof.

When a tourist goes missing, Mia and Sannie must work together to confront their own demons and challenge everything they believe, and to follow a bloody trail that seems to vanish at every turn.

Sannie made it into the Sabi Sand Game Reserve and onto the Lion Plains property, where Kaya Nghala Lodge was situated, in less than half an hour.

She had driven as fast as she dared, navigating towards the WhatsApp pin that she had been sent. It was annoying that the lodge and the place where the crime scene had been set up were, as the crow flew, less than two kilometres from where she had just been, in Killarney village, looking for a sangoma who was not home.

However, the road to the gate followed the boundary of the reserve for a much longer distance north, then through the gate, and then back down the fence line and into the wilds of the reserve.

Julianne Clyde-Smith, the owner of Lion Plains, was with the girl’s mother, whom she introduced to Sannie. Surprisingly, Sannie’s two friends, Elizabeth and Samantha, were standing nearby, leaning against a Lion Plains open Land Rover.

Sannie remembered her friends telling her they were going on a game drive this afternoon, but she had not recalled them saying which lodge they were visiting. They both gave her a little wave and she nodded to them, keeping it professional.

‘Thank you for coming so quickly, Captain,’ Julianne said.

‘Quick?’ Sue Barker, the Englishwoman, glared at Sannie. ‘My daughter has been missing for ages and no one is doing anything.’

Julianne put her arm around the woman. ‘My two best trackers are on the trail and our dog team is coming in from the east. They were called out earlier after a suspected poacher’s tracks were seen.’

Sue pulled away from Julianne. ‘What? You knew there were criminals here on the reserve and you let my daughter and me continue on a bloody game drive?’

Sue grabbed two handfuls of her own hair.

‘What do you bloody mean it’s not like that!’

‘My helicopter is on its way,’ Julianne said. ‘It had to go for maintenance this morning, but I’ve passed on a message for the pilot to hurry back.’

Sannie nodded. ‘Good. What have we got here?’

Julianne led Sannie to a termite mound, Sue Barker following them, wiping her eyes, and the other two women trailing along at a distance. ‘I’ve tried to keep everything as undisturbed as possible.’

A green fleece hoody, a small woman’s size by the look of it, lay on the ground, along with a cylindrical green canvas pouch of a type which Sannie recognised. She had one herself, for carrying toilet paper when she and her family had gone camping. It was unopened.

Sannie moved forward slowly. She needed a crime scene investigation team here, now, but they were still a couple of hours’ drive away and there was no time to waste.

‘We can use the radio in the Land Rover to get an update from my people,’ Julianne said, ‘but right now I think they’re better off concentrating on finding the girl, don’t you think, Captain?’

Sannie agreed, but this was her investigation, not the wealthy lodge owner’s, no matter how many anti-poaching rangers she employed. Only in the time of COVID-19 would she be the only officer at such a scene. She looked at the ground.

‘Signs of a struggle?’ Julianne stepped forward, but Sannie held out a hand to stop her walking over the tracks.

‘Yes, my people say there are the tracks of two men, barefoot, leaving the scene.’

‘Why,’ Sue Barker sniffed, ‘why would they not have shoes?’

Sannie looked up after inspecting the footprints.

‘Poachers take their shoes off sometimes. They know that we can match the tread of their shoes and use that as evidence. A foot is not like a hand, which leaves a distinctive fingerprint, especially not in the dirt.’

‘My trackers said the men were moving as though carrying someone,’ Julianne said.

Sannie nodded and moved in the direction of the tracks, skirting them so as not to contaminate them. Even she could see how the one footprint rolled out to the side and was firmly pressed into the dirt, as if carrying an awkward, perhaps struggling weight.

Sannie looked back to her friends, who both shook their heads.

‘I was in the bush as well,’ Samantha volunteered. ‘Answering the call of nature, like poor Laura. I heard nothing. Whoever it was moved like ghosts.’

Sannie cast her eyes around the base of the termite mound. There was no obvious evidence that the girl had actually relieved herself. Sue gasped and started crying again.

Sannie checked her watch. It was nearly six. It would be dark soon.

‘You say your chopper is coming?’

‘Yes, and I have a wide area surveillance system.’

Sannie was writing in her notebook, but something caught her eye. She glanced up to see Samantha staring, point blank, at Elizabeth, whose cheeks turned red when Sannie looked to her. Odd, Sannie thought. She directed her mind back to the facts, as she was trying to establish them.

‘Yes, I’ve heard of it. The Vulture system,’ Sannie said to Julianne.

‘We’ll pick them up as they try to leave the reserve, if my teams don’t catch them first.’ Julianne put an arm around Sue’s shoulders. Sannie went back to the girl’s jacket, found a stick on the ground and used it to lift the garment without getting too close to the obvious scuff marks in the bare sandy patch of earth where the girl, Laura, had been. She lifted the jacket and checked it. There was no sign of blood on it.

‘She was not alone.’ Sue wiped her eyes. ‘We were all here, just on the road.’

‘About thirty metres away. What were you doing there?’

‘What are you insinuating, Captain?’ Sue said. ‘Please, Mrs Barker, I just need to establish the facts.’

‘We were looking at tracks,’ Julianne said, ‘and Laura was relieving herself, as was Samantha.’

Sannie made a note. ‘Tracks of what?’

‘Leopard,’ Julianne said. ‘At least, Bongani thought it was another leopard. We had just seen one up a tree with a kill – it had dragged its prey across the road. Even I thought that was weird, two leopards in such close proximity, but stranger things have happened. Bongani thought there was something suspicious about –’

‘Wait.’ Sue stepped between the two women and confronted Julianne. ‘You knew there was a problem and you didn’t call for Laura then and get us all back on the truck?’

Sannie saw that Sue’s hands were balled into fists by her side.

‘Ladies, please.’ Sannie manoeuvred herself so she was between the two women. Elizabeth and Samantha hung back, not wanting to take sides, Sannie guessed. ‘The most important thing now is that we find Laura. More police are on the way. I think we should check in with your teams.’ Sannie shepherded them all to the Land Rover.

‘Julianne, this is Sean, over,’ came a voice through the radio.

‘Sean Bourke, head of anti-poaching,’ Julianne said as she opened the front door and reached across Mia’s seat to get to the handset.

Sean was panting. ‘We’re closing on them . . . heading west, towards the perimeter fence. One of my guys . . . says he just caught a glimpse of them.’

‘Roger, Sean, give me a reference and I’ll send the chopper to you as soon as he’s overhead.’

Sannie had her phone out.

‘They’ll hit the fence about four kilometres north of the R536, over.’

Sannie sent an SMS to the police tactical unit and the crime scene investigators, both of whom would be in the area soon, if they weren’t already. Julianne looked to her. Sannie nodded.

‘The police are here and they’re directing their people to go to the fence to assist.’

Then Sannie looked up from the screen of her phone when she heard, quite clearly, a gunshot over the radio.

Although an Australian, Tony Park is the author of 18 bestselling thrillers set in Africa.
Books
6 months ago