"Thanks for filling the place up!" Kate Rogan, founder of Melville's Love Books, greeted the proper mengelmoes of South Africans attending the launch of Voices from the Underground: Eighteen Life Stories from Umkhonto we Sizwe's Ashley Kriel Detachment.

Edited by former anti-apartheid activists and MK members, Shirley Gunn and Shanil Haricharan, Voices from the Underground details the accounts of 18 members of the ANC's underground struggle.

Named after one of their slain comrades, the Ashley Kriel Detachment was instrumental in dismantling the apartheid regime.

After a lengthy introduction by former minister of defence Charles Nqakula, who emphasised the necessity of our responsibility to write "the South African story properly" - and lauding Gunn and Haricharan for achieving that with Voices from the Underground - Gunn commented on the time-intensive nature of realising the book.

"We were reliant on the lived memories of people who fought in the detachment,"  she said, adding that some of the interviews conducted by her and Haricharan were up to 10 hours long.

Gaps in memories, a few red flags and certain legal issues contributed to the book only being borne six years after its fruition. ("And 10 years off of my life!" she quipped, much to the audience's amusement.)

Haricharan said that many of the "comrades had dispersed" since the disbandment of the detachment and that trying to relocate them was like "herding cats".

Following hearty laughter from the crowd, Haricharan thanked Gunn for her "assertive nature", which included them physically driving to contributors' houses (even on Sundays) to remind them of their impending deadlines. (And us journos thought we had it rough...)

Haricharan recognised the commitment of those involved in the detachment, poignantly proclaiming that "they fought in the name of the people ... it was a people's war...

"It was our duty to report back to the people."

The Hindu ideal of Ahimsa - to avoid harming any living being - was pivotal in their struggle, said Haricharan, with Gunn reiterating that it was buildings they targeted during their resistance, not innocent people.

"We risked our lives to avoid human or civilian casualties," she firmly declared.

The National Party's preposition to refer to those opposing the societal and inhumane injustices of apartheid as "guerrillas" is a misnomer, Haricharan affirmed, conveying that they weren't some "rag-tag renegade or rebel group".

The detachment's ethos was deeply embedded in comprehending the history of the struggle for justice in SA, dating back to colonial-era persecutions.

"Our primary task was to understand the ANC ... we were schooled in the politics of the ANC."

Haricharan acknowledged that they "acted in the name of the ANC" and that the image of the ANC has since been tarnished, citing the lack of an education and deeper understanding of what the ANC's initial policies stood for as the reasons for its damaged  reputation.

"Politicians today have tarnished the noble struggle led by the ANC," he heavily relayed. 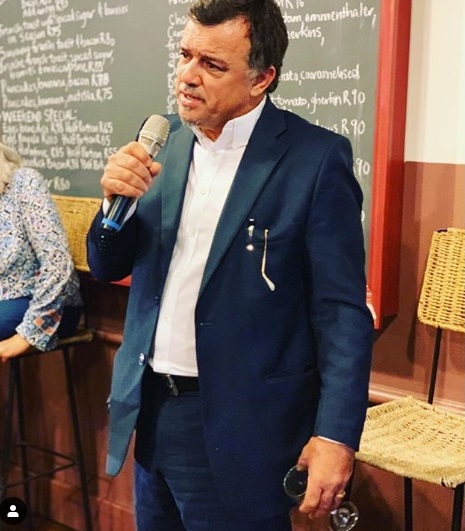 Numerous members of the detachment were present at the launch and Nqakula called upon them to share their experiences of the struggle and its aftermath in a post-democratic SA.

Michael Dearham, who served as a radio operator for the detachment outside of the country, commented on the deep sense of loss and betrayal which corresponds with his involvement in the struggle.

The loss was attributed to "those who have fallen," whereas the betrayal stems from the "sacrifice of comrades and people which did not bring about the change we envisaged".

A woman who introduced herself as Kim noted that the stories in the book are "stories about ordinary people" and that none of the members regarded themselves as heroes.

"Nobody claims that title," she said, before expanding on the intimate nature of being underground with those seeking justices and resisting a repressive system.

The intimacy of living and working with people who shared your ideology without knowing their names or backgrounds cannot be equated to any romantic relationship, she determinedly declared.

"They share your purpose. You know that every member will die for you," came the impassioned follow-up.

Her eldest daughter had joined her for the occasion, with Kim pointing her out to the audience, disclosing that she had "named her after Shirley's code-name".

And, ever the comrade, she did not divulge said name. Amandla!

Inside an MK mother's hell in detention with her child

The conditions were disgusting. The toilet was blocked and every time I flushed it, excrement rose out of the bowl and flooded the floor. =
Opinion & Analysis
2 years ago

The 'family' forged in injustice

This is an edited extract from 'The Knock on the Door: The Story of the Detainees' Parents Support Committee', by Terry Shakinovsky and Sharon Cort ...
Lifestyle
4 years ago