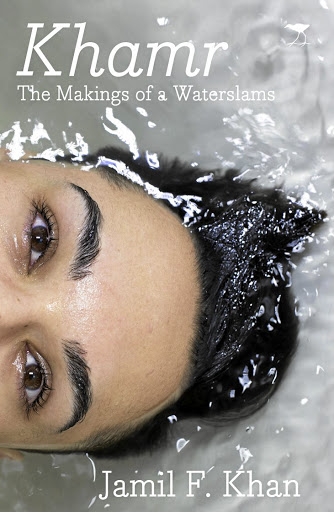 It's the mid-1990s. South Africa is a democracy and Jamil Farouk Khan's family own a house in Kraaifontein and an expensive car that's the envy of the neighbourhood. But Jamil's home is known as the lekker huis, where his parents throw lavish parties every weekend and then forget about their children. Behind their backs people call them Waterslams, a derogatory phrase meant to shame Muslims who indulge in Khamr, an Arabic term for alcohol or other intoxicants.

Khamr: The Makings of a Waterslams opens with four-year-old Jamil who has fallen into a hole in the ground. There's not a caregiver in sight and he is certain he will die there. It's his first experience of loneliness, but not his last, as he grows up trying to be a good son and a good Muslim in a broken world.

And yet, this is not a typical tell-all memoir where the author exacts revenge on his oppressors. Khan paints a deeply intimate portrait of his father's alcoholism and his mother's helplessness, fear and intolerance without portraying them as either villains or victims.

Instead, he tries to understand and explore the generational violence and systems of oppression that shaped them. Khan's innate talent for words and language brings his childhood memories to life, while his work as a scholar of critical diversity studies allows him to interrogate what it means to be Muslim, Coloured and queer in a society that doesn't tolerate people who don't conform to norms and traditions.

By telling his story, Khan reclaims the term Waterslams to mean rebel rather than deviant and writes into existence a new, triumphant future; one of compassion and a deep humanity.

"This book is really my opportunity to reclaim the shame that was used to break me down."
Books
1 year ago

'I think people enjoy reading Kaaps because it can be a multi-sensory experience.'
Books
2 years ago