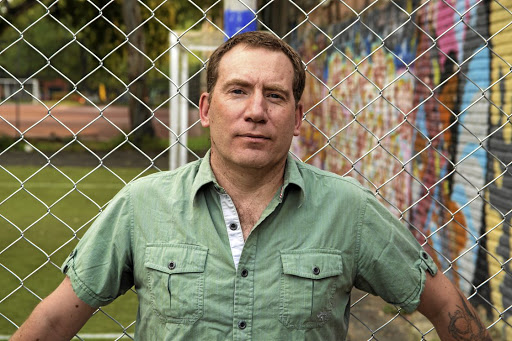 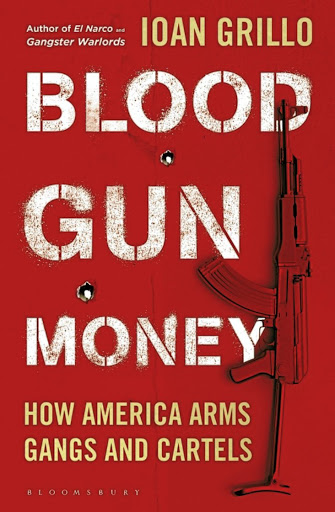 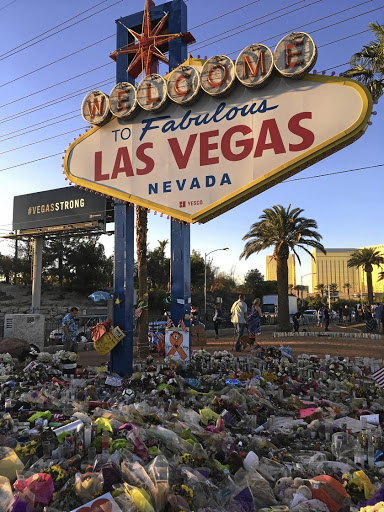 Ioan Grillo begins his latest book, Blood Gun Money: How America Arms Gangs and Cartels, with recollections of his mixed emotions at watching the 2019 New York trial of Joaquín Guzmán. Otherwise known as El Chapo, the Mexican drug lord's infamy ranks alongside that of Pablo Escobar and, as Grillo goes on to reveal, he was not only a drug trafficker extraordinaire but had helped to escalate the armed violence engulfing Latin America and driving refugees to the US border.

By the time of the trial, Grillo had been reporting on Latin America's drug cartel-fuelled violence for two decades. He left his native Britain in 2000 for Mexico City, he tells me, in search of the glamour and thrill of writing about supervillains. But by 2008 the thrilling adventure had morphed into a horrific conflict of catastrophic proportions. "That glamour still exists for some, even myself, to an extent," he says. "But on the other side, it is seeing dead body after dead body. It's being in a mass grave in Veracruz in Mexico with 250 corpses where the mothers of the disappeared children were digging, and where the smell of death was reaching people living in a housing estate next to it. It's seeing the face of a mother who's been searching for years for her son. This is just horrible stuff, and you get weary."

Indeed, Blood Gun Money is as much a personal quest to find solutions to this violence as it is an exhaustive investigation into what Grillo calls America's "iron river of guns" - the millions of weapons that flow from the legal industry to the black market through a series of glaring loopholes, and then on to criminals across the US as well as to drug cartels and gangs across the whole of Latin America. He sketches an entire history of guns, talks to gun manufacturers in Transylvania and Germany, and examines the US's complex and contradictory firearms legislation and the influence upon it of its powerful gun culture. He interviews a myriad characters, including Central American refugees fleeing gun violence, cartel hitmen, FBI and ATF agents, as well as traffickers on both sides of the border, to chart the flow of this "iron river" and the twisted relationship with the drug trade that lies at its heart.

In some senses, Blood Gun Money is the book Grillo has long wanted to write but kept putting off, he explains, "because the US was never going to do anything to change its gun laws, even after people were committing massacres of kids in schools, so why would they care about 200,000 people dying in Mexico?"

But in 2017 - the same year, Grillo says, "of the Las Vegas shooting, the biggest mass shooting in recent American history" - he interviewed a gun trafficker called Jorge, imprisoned under Mexican law near Juarez. "Jorge explained how he was just driving into the US and buying guns, and driving them back into Mexico - and buying them with no ID at all. That was when I realised there was a lot to investigate here, this whole issue of this private sale loophole."

He'd watched at the Guzmán trial as even a grenade launcher was brought out to attest to Guzmán's arms trafficking, along with guns that had been sold retail in the US and then acquired by the narcos. Yet ultimately, Guzmán was never charged with gun trafficking, says Grillo, who was shocked to discover there is no federal law specifically prohibiting firearms trafficking. "It's crazy," he says. "But there's a lot of crazy stuff that people aren't aware of when it comes to guns. And when you realise that someone is buying 500 guns from shops, including 100 guns in a single sale and then selling them to criminals, it's like what's going on? How is this stuff happening? And how are they not enforcing this really basic stuff?"

These are the questions Blood Gun Money blasts into your consciousness, along with a series of suggested changes to gun laws to stem the iron river's mighty flow. Modest changes Grillo dubs as "low hanging fruit that would be easy to do". But it's the humanity Grillo brings to his meticulously researched narrative that makes it as unforgettable as it is riveting and, indeed, mind-blowingly shocking. Be it his ability to get inside the heart and head of a cartel hitman or his admiration for Mexico's journalists, of whom more than 150 have been murdered, as he writes, "standing against all the killers, all the money, all the guns with nothing but words".

There are historical conditions that allow this to happen, he says. The proliferation of guns, black markets, inequality, the growth of global crime, the conditions we're now in, in the 21st century, "are the conditions in which a state can start to become more dysfunctional, and rich countries are not protected from this. I saw this happen and escalate around me, and it's not pretty."

Caryn Dolley lays bare the myth that violence and gangsterism in Cape Town is confined to the Cape Flats: wherever you find yourself, you’re only a ...
Books
1 year ago

Joaquin "El Chapo" Guzman, the Mexican drug lord found guilty of running a murderous criminal enterprise that smuggled tons of drugs into the United ...
News
1 year ago
Next Article