The guitarist and actor has just published his autobiography, which reveals his ideas about politics, music and much else

Stevie Van Zandt was the boy from Jersey who found himself at the centre of one of the biggest phenomena in rock and television history. Tymon Smith chats to him 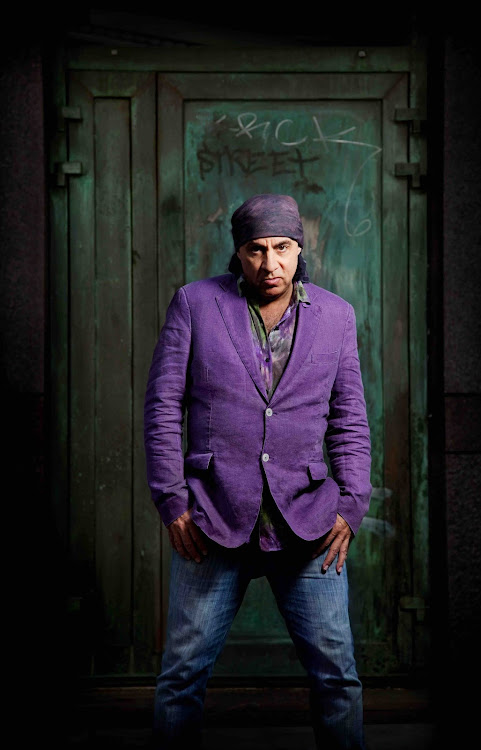 As his recently published memoir Unrequited Infatuations clearly shows, there’s a reason Steven Van Zandt, aka Little Steven, aka Miami Steve, is known as the consiglieri of rock ’n’ roll. As the best friend of Bruce Springsteen and a regular early member of the E-Street Band, Van Zandt with his trademark bandana and scorching guitar playing found himself at the centre of one of the biggest phenomena in rock history for most of the 1970s and ’80s.

Then he made the fateful decision to part ways with The Boss and the E-Street Band on the eve of the release of their blockbuster album Born in the USA in 1984, much of which Van Zandt had produced. As he now describes, that moment seemed to mark the end of his life as he knew it — but what happened next was every bit as crazy as that initial fairytale story of a boy from Jersey who made it to the heights of rock ’n’ roll. He had dreamed of this ever since February 1964 when he saw The Beatles make their debut appearance on The Ed Sullivan Show.

“The world didn’t need more love songs from a former sideman,” says Van Zandt.  “I thought in order to justify my existence as an artist, I had to be political because it would be my unique identity because no one else was that political, no one was else was doing it full time, 24/7, so I felt that I had to.”

So he embarked on a solo career that saw him release five albums over the next decade that, while they boldly challenged political norms and the injustices of the era, made little impact on the charts.

The one thing most people remember him for during that time was his star-studded 1985 Artists Against Apartheid album that featured over 50 artists declaring that they weren’t going to play at Sun City. 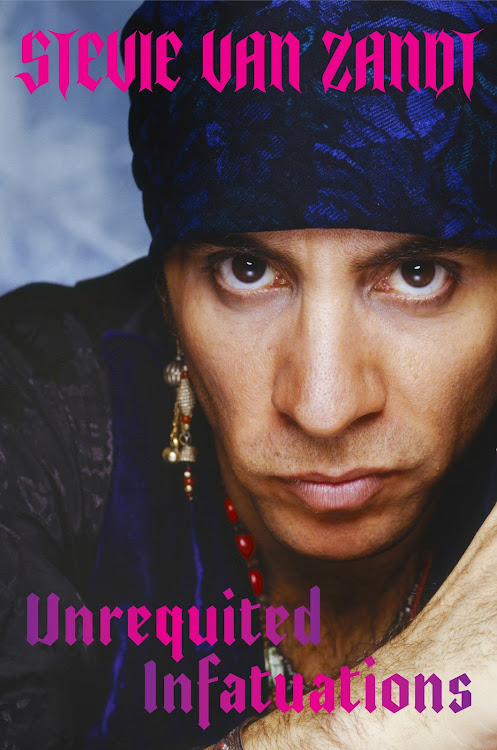 His book begins with Van Zandt hiding under a blanket in the back of a car making its way through the forbidden streets of Soweto in the mid 1980s, taking him to a clandestine meeting with representatives of the banned Azapo. Van Zandt says he chose this moment to begin his story because “I figured that was a good way to start just to let people know that this is not going to be a typical music biography, it’s going to be something that involves something more than that”. And he thinks: “South Africa will probably be the most important thing that I’ve done in my life as far as political action is concerned.”

Van Zandt was born on November 22 1950 in Winthrop, Massachusetts where he lived until the age of seven when his divorced mother remarried and the family headed off to the township of Middletown, New Jersey. There Van Zandt was raised in the loving fold of his mother’s Italian-American family. As he recalls, “I was the first grandchild, which in an Italian family is a very, very big deal and not only were my grandparents there but my aunts and uncles were all still living there and so I really was brought up with a lot of love in that Italian family. That helps make you stable and some sort of stability stays inside you for the rest of your life from that early environment. I really think that.”

It would also prove to be a useful source for characters and experiences when in the late 1990s, Van Zandt was approached by television writer David Chase to star in a new show he was developing for HBO, called The Sopranos. Initially he auditioned for the leading role of Tony Soprano but when HBO balked at the idea of casting a non-actor in the lead of their most expensive gamble to date, Chase wrote the part of Soprano family consiglieri Silvio Dante specifically for Van Zandt, who made the role his own in the show that changed television forever.

From 2012 to 2014 Van Zandt played a similar mobster character in a very different, dark comedy called Lilyhammer. It was the first Netflix original programme and saw Van Zandt’s American mobster Frank Tagliano finding himself living under witness protection in the sleepy Norwegian town of Lillehammer, where he proceeds to wreak criminal havoc. In 2018 Van Zandt achieved a long-held acting dream when he made a brief appearance as singer Jerry Vale in Martin Scorsese’s The Irishman.

Van Zandt came of age in the 1960s, an era which he describes as a renaissance because “when the greatest art being made is also the most commercial, then you find yourself in a renaissance and I think they only happen every couple of years. I think the ’60s will be studied for hundreds of years to come, I really believe that. It was just the most extraordinary period and not only was it a renaissance culturally and artistically, but it was the birth of consciousness itself.”

It was in 1965 at the Hullabaloo Club in Middleton that Van Zandt first met Bruce Springsteen and the two quickly became inseparable, embarking on a lifelong friendship fuelled by their passion for music. Van Zandt says that their bond was immediate. “When you’re the only two freaks in the entire area who feel like rock ’n’ roll is everything and not just a hobby or some dalliance — for us it was life itself — I think if you’re the only freaks in your world then maybe you start thinking there’s something wrong with me but if there’s two of you maybe you think we’re onto something here.”

In the late 1990s, just as he was embarking on his new career as an actor, Van Zandt returned to the E-Street Band, where he’s been a regular fixture on tours around the world ever since. He’s also the creator and host of Underground Garage, a music show that mixes the best of a wide variety of his favourite genres and is broadcast worldwide on the Sirius Satellite Radio Network.

He continues his philanthropic work through his nonprofit organisation Rock and Roll Forever Foundation, which through its TeachRock project aims to reintroduce music and the arts into the US curriculum, work which he believes will be a vital part of his legacy and which is close to his heart because of his belief that “art can transform the very system of education — not as a separate class or some after school thing, but art integrated into science, into math, into technology, into the very fabric of all the disciplines”.

Van Zandt “ended up having three of the most productive years of my life: 2017, 2018, 2019. I got two new records and ended up releasing six album packages in three years and reconnecting to my life’s work and my own music — and then the quarantine hit and it seemed like it was the right time. You got the quarantine so what are you going to do? Might as well do the book.”

Now, with the Covid restrictions beginning to lift and things slowly getting back to some sort of normal, he’s back on tour with Springsteen but he hopes that those who read his part-memoir, part-rock ’n’ roll how-to-guide, part-political manifesto will take away from it a feeling that “when all is failing, when it all seems very dark and it seems like the end of the world — hang around because the second chapter of your life is right around the corner. You may not be able to see it; it might still be in the fog or the darkness; but if you just find a way to move forward no matter how slowly and don’t give up, something surprising and good will come and you will be able to create something and continue to realise your potential on this planet and find your destiny.”

The verdict: Paul Newman sets the record straight in memoirs

Superstar tells his own story from beyond the grave, and it’s ‘stunning, smart, funny, self-critical and tender’
Lifestyle
2 months ago

The selection of 120 titles features something for everyone, from biography to fiction, children’s books to cookery, and a bumper crop of sports.
Books
1 month ago

Rock heroes who helped us to overcome

When Annie Lennox, Stevie Wonder, Quincy Jones, Sting, Bono and others have toured South Africa, my desire has always been to create a big fanfare ...
Lifestyle
7 years ago