Innovative thinking on the meaning of decolonisation in a digital age 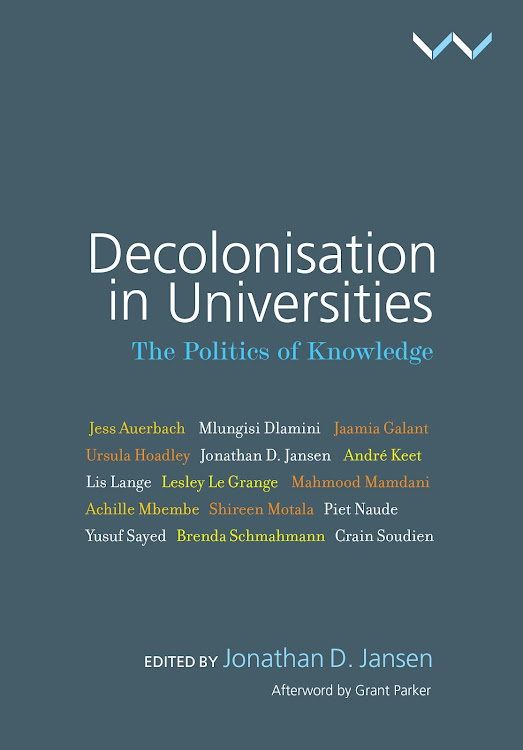 Shortly after the giant bronze statue of Cecil John Rhodes came down at the University of Cape Town, student protesters called for the decolonisation of universities. It was a word hardly heard in SA’s struggle lexicon and many asked: What exactly is decolonisation?

This book brings together some of the most innovative thinking on curriculum theory to address this important question.

In the process, several critical questions are raised: Is decolonisation simply a slogan for addressing other pressing concerns on campuses and in society?

What is the colonial legacy with respect to curricula and can it be undone?

How is the project of curricula decolonisation similar to or different from the quest for post-colonial knowledge, indigenous knowledge or a critical theory of knowledge?

What does decolonisation mean in a digital age where relationships between knowledge and power are shifting?

Strong conceptual analyses are combined with case studies of attempts to “do decolonisation” in settings as diverse as South Africa, Uganda, Tanzania and Mauritius.

This comparative perspective enables reasonable judgments to be made about the prospects for institutional take-up within the curricula of century-old universities.

Decolonisation in Universities is essential reading for undergraduate teaching, postgraduate research and advanced scholarship in the field of curriculum studies.

Jonathan D. Jansen is Distinguished Professor of Education at the University of Stellenbosch, South Africa and President of the Academy of Science of South Africa. He is a prolific writer and educationist in South Africa.

A safe space for ideas or a citadel of ethno-fascism? That’s the discussion raging at the University of Cape Town as it prepares to finalise the ...
News
1 year ago

A groundbreaking study of how knowledge is produced, distributed and validated globally

This book is a must-read for students in the sociology and politics of knowledge. – Jonathan Jansen
Books
1 year ago

With SA in ferment, let's stir in some youthful idealism