Award-winning journalist Basson unveils the shady, cult-like underbelly of the criminal company that held the Zuma government in the palm of its hand 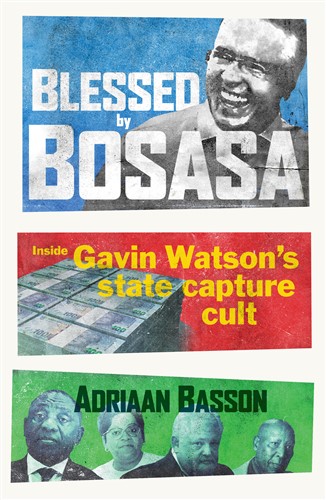 It’s easy to imagine that state capture began with Jacob Zuma and the Guptas. But you’d be wrong.

Born out of the ANC Women’s League 20 years ago, Bosasa has come to be described as the ANC’s “Heart of Darkness”.

At its helm, until his untimely death on August 26 this year, was Gavin Watson, a struggle-rugby-player-turned-tenderpreneur.

Watson made it his business to splash out on gifts and cash to get up close and personal with the country’s top politicians and civil servants.

In return, Bosasa won tenders to the tune of billions of rands and – with friends in high places – stayed clear of prosecution.

Adriaan Basson has been investigating Bosasa since he was a rookie journalist 13 years ago. He has been sued, intimidated and threatened, but has stuck to the story like a bloodhound.

Now, in the wake of the explosive findings of the Zondo commission, he has weaved the threads of Bosasa’s story together.

Blessed by Bosasa is a riveting in-depth investigation into an extraordinary story of high-level corruption and rampant pillage, of backdoor dealings and grandiose greed. Through substantial research and a number of interviews with key individuals, Basson unveils the shady, cult-like underbelly of the criminal company that held the Zuma government in the palm of its hand.

Adriaan Basson is an award-winning SA journalist and editor. He cut his teeth at the Afrikaans daily newspaper Die Beeld in 2003, where he was later to become editor. In 2016 he was appointed as editor of SA’s largest news site, News24. This is his fourth book.

Help sought in US, UK and UAE to trace and seize illegal proceeds of state capture
News
2 years ago

Give money to state capture investigators not SOEs, says parliament

MPs have called for additional funding for law enforcement agencies involved in investigating corruption and state capture, rather than giving money ...
Politics
2 years ago

Fear not, SA, the state capture rogues are finally landing in the Dudu

Sometimes you just have to listen to the news. And suddenly you realise that things have changed. Not a lot, but there is a shift.
News
2 years ago