Ace cricketer stumped, but refused to give in to white prejudice 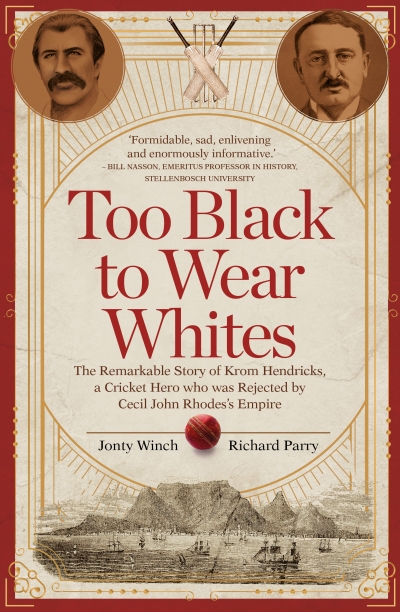 ‘Highly readable and packed with fascinating historical detail, this is the compelling story of a ripsnorting South African cricketer whose career was smothered by the shameless colour prejudice of Cecil John Rhodes and his snobbish cronies. By turns formidable, sad, enlivening and enormously informative, this book pays Hendricks the honour that has long been his due.’ – Bill Nasson

William Henry "Krom" Hendricks was the first sportsman to be formally barred from representing SA on the basis of race. Hailing from Cape Town’s Bo-Kaap, he played in 1892 for the South African Malay team against the touring English, who insisted that he was among the best fast bowlers in the world. This made his exclusion from SA’s tour of England in 1894 all the more unjust.

Ranged against Hendricks were virulent racism and a political alliance between arch-imperialist Cecil John Rhodes, Afrikaner Bond leader JH Hofmeyr, and William Milton, who controlled cricket at the Cape through the Western Province Cricket Union.

Too Black to Wear Whites documents Hendricks’s tireless struggle for recognition and the public controversies around his exclusion. The book shows how Hendricks was further sidelined, as club teams made up of different races were prevented from playing against one another, saving white players the embarrassment of being shown up by the country’s best fast bowler.

Considering his importance in SA sports history, surprisingly little is known about Krom Hendricks. The story of his life is told here for the first time in a fascinating drama that describes the formation of a segregated SA through the career of an exceptional cricketer who dared to test the boundaries of the system.

‘Terror’ Mathebula: Boxing legend who fought his way up from townships

1930-2014 Without Marie Christian "Chris" Dubruel de Broglio, white South Africa may well not have been expelled from the Olympics in 1970, having ...
Lifestyle
7 years ago

Early in 1990, England cricket captain Mike Gatting and his team began one of the most shameful chapters in the history of the game: the seventh ...
Ideas
11 years ago