A schism in the ruling party is 'close to inevitable' 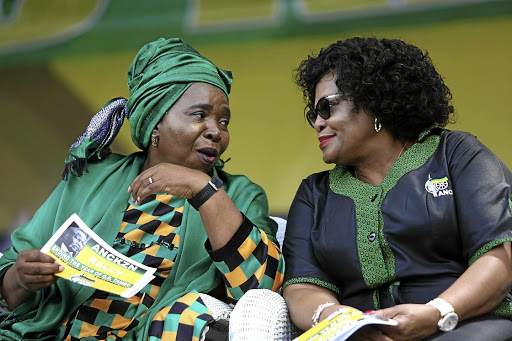 FACE-OFF If Nkosazana Dlamini-Zuma is elected as the next ANC president, her rival, Deputy President Cyril Ramaphosa (below), will almost certainly form his own, breakaway group, say analysts Pictures: Thuli Dlamini and Elizabeth Sejake

As African National Congress delegates gather this week to pick a new leader to succeed President Jacob Zuma, they face a challenge that is threatening to overshadow the contest: to stop the party from splitting. 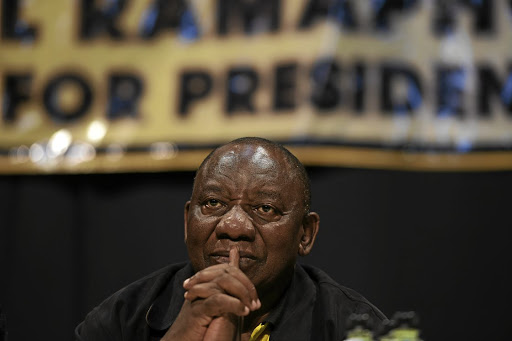 The likelihood of a break-up is probably the biggest in the ANC's 105-year-old history, especially if Nkosazana Dlamini-Zuma, the president's ex-wife and favoured contestant, beats his deputy, Cyril Ramaphosa, in the vote for party leader, according to analysts. The winner will also be the ANC's presidential candidate in national elections in 2019.

While both candidates have called for the ANC to remain united after the conference, which runs from this weekend to next week, they differ on what needs to be done to halt the slide in its support.

Ramaphosa, 65, has pledged to revive the economy and stamp out corruption, while Dlamini-Zuma, 68, has echoed Zuma's calls for "radical economic transformation".

"If a split were to happen, it would be led by people who support Ramaphosa in the event that he loses the ANC conference because their camp would have a better chance of winning over voters," said Mpumelelo Mkhabela ofthe University of Pretoria's Centre of Governance Innovation.

"It would be inconceivable for Ramaphosa to unite behind the vision of the people who are backing Nkosazana Dlamini-Zuma."

With support for the ANC having already dipped to a record low in last year's municipal elections, a breakaway could cost the party its outright majority. The leadership race has been marred by violence, lawsuits and allegations of bribery, and the announcement of the winner is unlikely to end the acrimony.

"It's got to a point where I think there is a very significant likelihood of a split, but it just depends on the outcome of the election," said Mike Davies of Kigoda Consulting. "There has been such a breakdown of levels of trust and engagement within the party."

Benedict Dube, a political analyst at the Xubera Institute for Research and Development in Durban, put the odds of the ANC splitting at about 90% if Ramaphosa loses, but doesn't anticipate a breakup if he wins.

The ANC's coalition partners, Cosatu and the SACP, have endorsed Ramaphosa and are likely to drive the formation of a new party if Dlamini-Zuma emerges victorious, he said.

Dlamini-Zuma probably wouldn't strike out on her own should she lose because she'd find it difficult to garner much support due to her close association with Zuma, according to Mkhabela.

Why talk of unity in the ANC is disingenuous, and dangerous

There have been three previous breakaways from the ANC since it took power in 1994. In 1997, Bantu Holomisa left to form the United Democratic Movement; in 2008, Mosiuoa Lekota quit to set up the Congress of the People; and in 2013, Julius Malema founded the Economic Freedom Fighters.

While it is possible that a deal could be struck to accommodate members of both camps in senior positions, neither Ramaphosa nor Dlamini-Zuma are likely to relinquish their claims to the top job.

The ANC's new leadership will have to put their own ambitions and interests aside if they are to preserve the party's unity, said Ivor Sarakinsky of the University of the Witwatersrand's School of Governance. "If they can't, then the chances of a split are so much higher," he said. "I think there is a sincere attempt to keep the ANC together. Whether it succeeds or not, it's at this point too early to tell. The red flags are there."

How ANC presidential hopefuls shape up on social media

South Africa's next president could be elected this week at the ANC's leadership conference in Soweto.
Politics
3 years ago

History in the making: How the ANC will elect its new leader

South Africans from all walks of life will have their eyes locked on the ANC when it holds its elective conference at the Nasrec Expo Centre in ...
Politics
3 years ago