The long-awaited political thriller, 'Kalushi – The Solomon Mahlangu Story', recently made its debut at the Rapid Lion film festival and a private screening for select media will be held today. 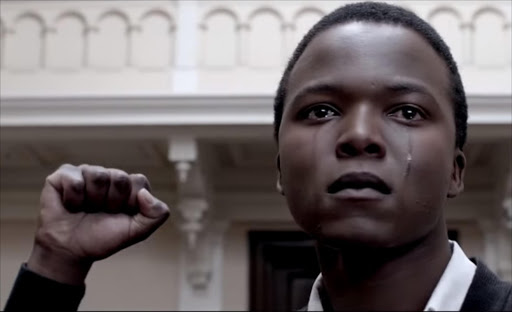 The biopic, based on the execution of struggle hero, Solomon Mahlangu, has been warmly received - nine years since inception.

Directed by fledgling director Mandla Dube, the film is due for release on June 16.

It has been 37 years since the young soldier was killed by hanging, after being falsely convicted of murder.

Newcomer Thabo Rametsi plays the lead role in an emotive depiction of how the 23-year-old became an ANC soldier, after being harassed by police for selling sweets on a train to Pretoria.

The film is coming out at a relevant time, said Rametsti: "This is such an important story in our history. There were delays because of funding issues, but I think that was serendipitous. Right now, what is happening in our country echoes the sentiments of Solomon Mahlangu. He can be the voice of the youth again."

Mahlangu's final words were: "My blood will nourish the tree that will bear the fruits of freedom. Tell my people that I love them. They must continue the fight."

WHAT YOU NEED TO KNOW ABOUT MAHLANGU

• He joined the ANC in 1976, after the June 16 uprisings. He was trained by Umkhonto we Sizwe in exile and returned as a soldier.

• Mahlangu was charged with murder after a gun fight between a group of young men and police in 1977 resulted in the deaths of two people.

• While Mahlangu was not believed to be responsible for the killings, which were attributed to another youth who suffered brain damage during arrest and unable to stand trial, he was found guilty on two counts of murder and three charges of terrorism. Mahlangu was sentenced to death March 2 1978 and executed on April 6 1979.