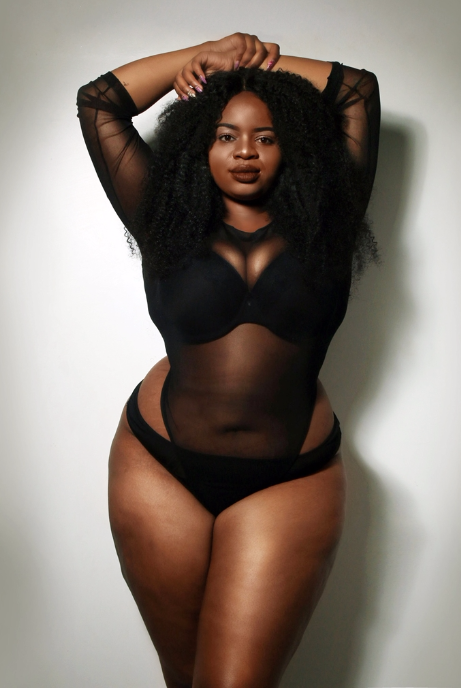 Our corporeal selves are so deeply personal and often so fraught with trauma, that to talk about bodies without incurring or causing pain is akin to avoiding the cracks in a fissure-ridden pavement.

But our identities are written onto our bodies for the rest of the world to read, and respond to: we wear, embody and enact stigma and privilege in varying degrees.

It is an inescapable fact that our deeply personal bodies are, as the old feminist adage has it, deeply political; which is why, for all the tension and terror inherent in talking and writing about bodies, it is imperative that we should continue to do so.

A movement to reclaim fat bodies is beginning to take root across the world.

The body positive movement - also called the fat acceptance movement by some - seeks to liberate fatness from the imaginative shackles of ugliness and illness; to reconstruct and broaden the popular terms of physical wellbeing and beauty.

It is by no means exclusively a movement aimed at the liberation of fat bodies; it is about encouraging people to accept and appreciate their bodies, irrespective of how closely they approximate - or fail to approximate - normative beauty standards.

Body positivity only really started to gain momentum with the advent of social media, but some of its central tenets evolved out of the fat-positive objectives of second wave feminism in the 1970s.

The creation of the contemporary movement is attributed to two women, Connie Sobczak and Elizabeth Scott, who established an organisation, The Body Positive, in 1996 in the hopes of combating body-related self-hatred and its potentially terrible consequences.

It's a social movement that has manifested in manifold ways across a multitude of platforms.

The "love your lines" campaign saw an outpouring of women internationally take to social media to post photographs of their stretch marks, effectively undermining the idea that these are ugly, shameful blemishes.

Last year, the "unfair and lovely" campaign made a similar statement in relation to colourism, opposing the idea that darker skin tones are an undesirable feature that ought to be corrected.

Plus-size US model Ashley Graham featured on the cover of the (revered) swimsuit edition of Sports Illustrated in 2016, signalling to a world full of hopeful women that the stringent standard that equates thinness with beauty - and fatness with its antithesis - might finally be in flux.

Celebrities are also increasingly outspoken about their frustrations around Photoshopping in magazines and advertisements.

Model Emily Ratajkowsi took to Instagram to lament the digital modifications that were made to her face and figure on the cover of Madame Figaro, joining the chorus of models, actresses and entertainers who are tired of being made to feel like their natural features are not enough.

The body positive movement is inspiring women to redefine femininity on their own terms, and the beauty and fashion industries are being forced to adapt to remain relevant.

Ventures like The All Woman Project are determined to circulate and celebrate unaltered images of women, to demystify the endless forms and variations which are typically sidelined as faults.

And locally, a group of women from KwaZulu-Natal have started an online support group for their "fat and ugly" sisterhood, reclaiming the very slurs that society uses against them.

KZN ladies want to teach 'big women' to love themselves

Forced to pay for two seats in a taxi, used to satisfy sexual fetishes and bullied their whole lives, a group of KwaZulu-Natal women are proud to be ...
Lifestyle
4 years ago

South African photographer, model and activist Lesego Legobane, known as Thick Leeyonce, recently attained Twitter fame when she responded to a meme in which her image was used.

A photograph of a thin, toned black woman (model Joelle Kayembe) was juxtaposed with a similar photograph of Legobane. This incendiary composition was captioned "Girls that I like vs Girls that like me," referring, it almost goes without saying, to the exposed bodies of the thin and fat women respectively.

Legobane garnered enormous fanfare from her simple response to the culprit: "I don't like you."

If nothing else, this suggests that South Africa, a country with a large population of large women, is, paradoxically, lagging behind in the realm of body positivity.

The fat acceptance movement is often dismissed as being radical. But there is really nothing radical about trying to normalise what are fundamentally normal bodies.

It's worth reiterating that, in much the same way that supporting black liberation doesn't make you anti-white, the body positive movement isn't out to shame or invalidate the bodies of thin women.

As Legobane explains it: "Body positivity means loving the body you're in, regardless of what anyone else says or thinks."

Simply put, the body positive movement is, like most civil rights movements, out to correct a destructive power imbalance. So what is at the core of our discomfort with this movement?

Advocates for body positivity are routinely accused of glorifying obesity - when they're not being ridiculed in more transparently abusive terms.

Courtesy is dangerous. Polite language, gentle idioms, interfere with our ability to penetrate - and communicate, and disrupt - the uglier facets of reality.

Much of our vocabulary, in dealing with bodies, shrouds the social reality in layers upon layers of civility. Fat is a swearword, and accepting this prevents us outright from being able to query it.

Further to the problem, it is no longer acceptable - no longer polite - to punish people for aesthetic transgressions; that would be fascist (or fattist).

How, then, do we justify the punitive debasement of undisciplined bodies? We have done with fat bodies what human societies throughout the ages have done to black bodies, and queer bodies, and girl bodies: we have justified our aversion to fatness in the language of science, disguised our discrimination as an empirical, medical concern.

Go on, call me anything, but don't call me beautiful

'Beautiful' has become a taboo trigger-word in the beauty industry, writes Celia Walden
Lifestyle
4 years ago

Obesity is unhealthy. That is a fact. It is a global phenomenon, a byproduct of reckless capitalism and the constraints of poverty, a disease that speaks to the myriad complicated ways in which food and satiety are psychological as well as physical.

A culture fixated on female thinness is not an obsession about female health, either. It is, rather, a jarring indication that women are still expected to perform the kind of femininity that men want to consume, visually and sexually.

Fat women, fat people, are angry, precisely because society's invasive, pervasive antagonism towards fatness isn't about safeguarding their longevity. It's about enforcing their assimilation.

If you begin thinking carefully about what it means to be fat in 2017, then it is very likely that something will strike you as peculiar. If alarmist statics about obesity are to be believed, then it follows that, by and large, fatness is not the exception.

Yet we haven't adapted our lexicon, reviewed our preconceptions, or dramatically altered representations of beauty in media to accommodate this modern reality. For better or worse, our bodies are changing - why aren't our minds?