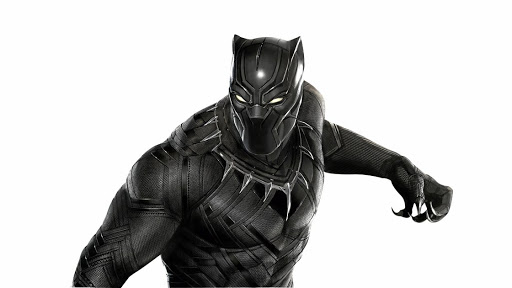 Marvel's 'Black Panther' will be released in 2018.
Image: Supplied

Diversity has been a buzzword in Hollywood since the #OscarsSoWhite debacle last year, but when it comes to putting your money where your mouth is, few have done better than Marvel.

The company has given black creators the opportunity to make a project that is the true meaning of representation and diversity with the upcoming Black Panther film.

The flick's full trailer hit the web nearly a week ago, and it's worth the hype. Yes, the outfits are amazing (they borrow from many African cultures), the action sequences look incredible and the Wakandan tech promises to be mind-blowing. (The accents, however ... )

But what's really made Black Panther such an exciting prospect is the melanin: and not just in front of the camera, but behind it, too (bar two white men, the entire cast is black and the film's director is black).

WATCH the trailer for Black Panther

There's a big reason so many black people - both superhero fans and not -  the world over are excited about February 16 2018. When it comes to superhero movies, black people are often relegated to the roles of sidekick or maybe even the bad guy.

But the black guy is never the hero (except that one time Will Smith played one - an alcoholic who did more damage than good).

Even though Stan Lee created Black Panther 41 years ago, the timing couldn't be more perfect for the character to finally have his own big-screen moment.

But it's not just about a seeing a black guy in a superhero suit: it's about the strong black women who feature in the movie, too.

Women play a big role in the Wakanda universe - the king's special forces are made up of women (but not in the same creepy way Muammar Gaddafi had a women-only security team).

Black women often have the short end of the stick in movies and TV, so it will be refreshing to watch a film where we're not made to look like caricatures. Thank you, Marvel, for letting black people thrive in such a huge way.

“Afrofuturistic with a facet of fine art” is how Douriean Fletcher describes her jewellery, which landed her the job as jeweller costumer for the ...
Lifestyle
4 years ago