I went broke during this: Cassper on his #FillUpFNBStadium concert 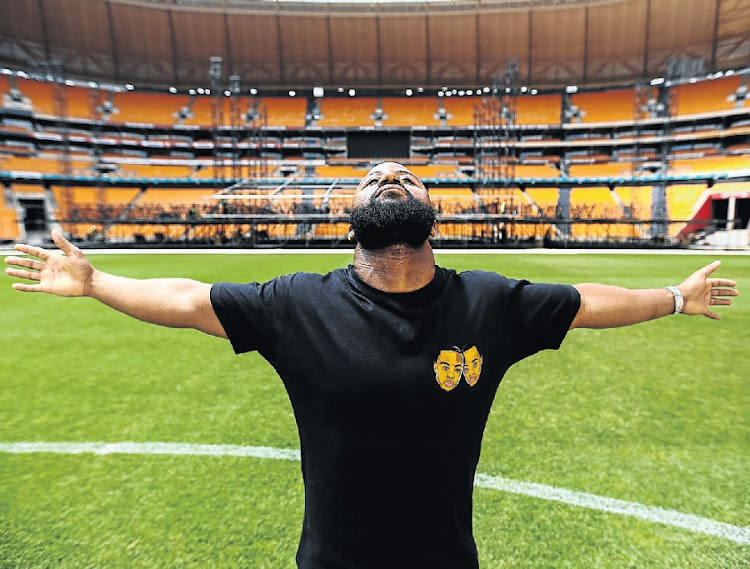 Cassper Nyovest has been pleading poverty ahead of his concert at the FNB Stadium on Saturday. But now he says help is at hand.
Image: Moeletsi Mabe

Cassper Nyovest is so broke he's had to sell three of his four Rolexes.

"This month some of my friends helped me pay my landscape architect [and] my helper. My electricity bill was paid by my friend. I sold my watches. I sold everything because I needed the money more than I needed the watches," Nyovest said.

The reason for his financial woes? The rapper has sunk everything he owns into his concert at the FNB Stadium next weekend.

In 2015 he made history by being the first South African hip-hop artist to sell out the 20,000-capacity Ticketpro Dome in Johannesburg. Last year he filled the 40,000-seater Orlando Stadium.

This Saturday Nyovest, whose real name is Refiloe Phoolo, will attempt to fill the 90,000-capacity FNB Stadium.

Nyovest has been hustling to secure sponsors for the event, an exercise that has been "demanding" on every level. Until a month ago, no major sponsors had been found and Nyovest was staring at the possibility of footing the R15-million bill himself.

You can't pull off a show like this without sponsors unless you're raking in R100-million profit a year. I'm Cassper Nyovest and they still don't sponsor me

Cassper Nyovest on his #FillUpFNBStadium concert

"You can't pull off a show like this without sponsors unless you're raking in R100-million profit a year. I'm Cassper Nyovest and they still don't sponsor me, they still don't want to invest in me.

"I'm probably the biggest artist of my generation and corporate companies still don't want to invest in us, they don't want to help us.

"These people don't care, we just need to accept that," Nyovest said.

He said he had approached many businesses, including banks and alcohol brands. None was interested in supporting him. Then some of his industry friends, among them Black Coffee, Pearl Thusi, Riky Rick and Major League, spent thousands of rands on tickets.

He said the gesture made him realise that his dream was bigger than he was and that it had become about the entire South African music industry. 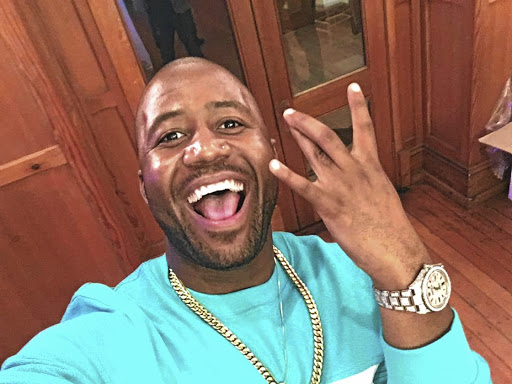 Cassper Nyovest recently had to sell three of his four Rolexes to pay the bills.
Image: Supplied

"None of this money is coming to me. I went broke during this," he said. "I wouldn't say I got worried but I had to think deep about things."

But there was one offer Nyovest didn't entertain - rival rapper AKA's offer to collaborate on the event.

AKA took to Twitter to say he would perform alongside Nyovest for R1-million, to which Nyovest responded with "Just Buy a Ticket, Broer", sparking a slew of memes.

AKA wants to help prevent other South African personalities from being "ripped off" by record labels and "terrible" management deals.
Lifestyle
4 years ago

The two, who are said to be the most popular rappers in the country, have had a tumultuous relationship.

Nyovest said he did not think that AKA's offer to help was "genuine" and that if it was, the rapper would have called to apologise.

AKA AND CASSPER GO HEAD TO HEAD

AKA and Cassper Nyovest are arguably South Africa's biggest hip-hop artists, with the most vocal fans. This is how the rivals stack up:

• AKA: All Eyes on Me; Baddest; The World is Yours; Caiphus Song; Run Jozi; Congratulate

In 2015 both artists released singles dissing each other. AKA’s song was titled Composure Nyovest’s single was titled Dust2Dust

ENDORSEMENT DEALS THROUGHOUT THEIR CAREERS:

As rappers Cassper Nyovest and Emtee find themselves in the midst of a heated feud, some fans have suggested that the Doc Shebeleza rapper should ...
TshisaLIVE
4 years ago

Rapper Cassper Nyovest, who embarked on a fitness journey a few months ago is looking mighty fine.
TshisaLIVE
4 years ago

Cassper Nyovest, who has been called all kinds of names has forgiven his haters, but said he won't forget when he was the laughing stock.
TshisaLIVE
4 years ago