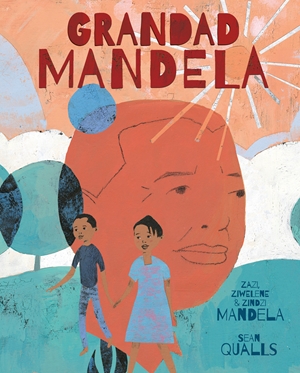 If we want to learn from our nation's past mistakes and keep Madiba's legacy alive, it's essential we tell our children stories about our country's history. But how do you explain complex concepts like apartheid and equality to your little ones? Easy. You read them Grandad Mandela (Lincoln Children’s Books, R170).

Delightful and insightful, this picture book was written by Nelson Mandela's daughter, Zindzi, along with her grandchildren, Zazi (8) and Ziwelene (6), to commemorate Madiba's centenary.

The story begins when Zazi and Ziwelene discover a old photo of Mandela, and ask their grandmother a whole lot of questions about him.

Along with the wonderful illustrations by Sean Qualls, this Q&A format adds to the book's charm. The little Mandela's queries range from the sweet and innocent ("Did Grandad have to have his birthday in prison?") to the heart-breakingly serious ("But why did the white people start making everybody's lives be sad lives?"). 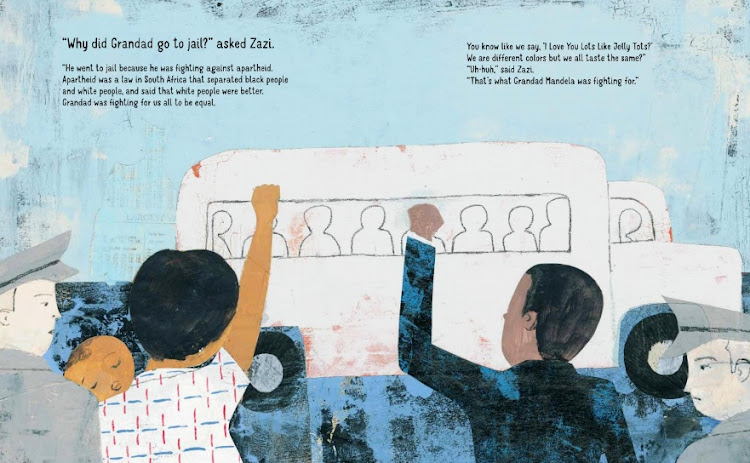 This book will teach your children about life during apartheid, Mandela's role in creating the rainbow nation and how, like him, they can help to make the world a better place.

Parents will learn something too. As Zindzi says, this book illustrates "tender and honest ways to speak with children about difficult topics in current events around the world".

Just look at how she sensitively explains the reason her father fought against apartheid in this excerpt from Grandad Mandela:

"Why did Grandad go to jail?" asked Zazi.

"He went to jail because he was fighting against apartheid. Apartheid was a law in South Africa that separated black people and white people, and said that white people were better. Grandad was fighting for us all to be equal.

"You know like we say, 'Love You Lots Like Jelly Tots?' We are different colours but we all taste the same?"

"That's what Grandad Mandela was fighting for."

'The Long March To Freedom', an ambitious sculpture installation at Tshwane's National Heritage Monument, aims to redress 'the lack of representation ...
Lifestyle
3 years ago

As a reporter following Nelson Mandela during the early years of his presidency, Patrick Bulger had many occasions to witness him deviate from his ...
Lifestyle
3 years ago