Director Jahmil X.T. Qubeka's latest film is SA's official submission for the Oscars. He tells us more about it 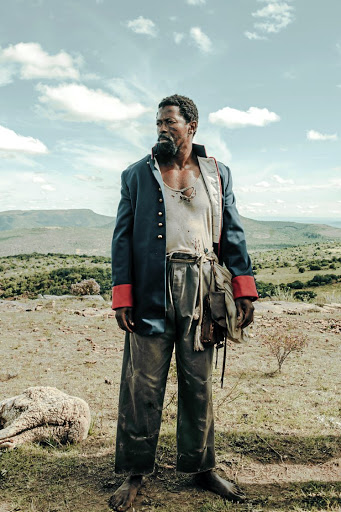 Ezra Mabengeza as John Kepe in a scene from 'Sew the Winter to My Skin'.
Image: Supplied

It's been a whirlwind few years for director Jahmil X.T. Qubeka since his second feature, 2013's Of Good Report, caused controversy and was briefly "banned" by the Film and Publications Board.

The film - a black and white, low-on-dialogue story of a murderous teacher - went on to win several awards and in 2014 Qubeka won the Standard Bank Young Artist Award for Film.

He then travelled to London, got himself an agent and started to develop several international projects on the back of the buzz he'd achieved with Of Good Report but, as they often do, most of those fell through. If anything, the director says that his experiences overseas "affirmed home for me and made me realise that I needed to work from home".

For his latest film, Sew the Winter to My Skin — which will open the inaugural Cape Town International Film Market and Festival next week and has just been selected as SA's official submission for the Oscars — Qubeka returned to his native Eastern Cape to tell the story of apartheid-era Robin Hood legend and stock thief John Kepe.

It's a story he became aware of when, as a teenager, he went to live with his mother in the small town of Somerset East. As Qubeka recalls: "I was walking through the museum one day and I came across this article about Kepe. What I saw was this picture of Kepe being led from the court in chains and what grabbed me was that he had this kind of swag about him and I wondered where does a black man in 1952 get that swag from?"

The only answer he could arrive at "was that it came from his ancestors and that Kepe [who called himself the 'Samson of the Boschberg'] saw himself as a prophet".

Sew the Winter is a beautifully shot period tale that tells the story of the hunt for Kepe by a local farmer and Ossewabrandwag General Helmut Botha and his posse. It's a freewheeling narrative that jumps around in time and presents not so much a biopic as a series of scenes and interpretations of the life of its protagonist, which offers thoughtful meditation on issues of land and mythmaking between then and now, against a landscape that has seen so much historical confrontation between various groups in SA.

Qubeka acknowledges he may be asking a lot of audiences in the hyper-opinionated, sound-byte era of Twitter to appreciate a two-hour, mostly silent, historical epic. But he hopes his injection of dark humour and a belief that "if viewers come away with multiple interpretations, that's great", will help.

WATCH | The trailer for Sew the Winter to My Skin

As a director Qubeka admits that he's a "manipulator".

"I try to find as many things to make you engage as possible and get it so the idea of using silence and pushing the image to tell the story is definitely a thing that does that. The other thing is that I love intrigue and I like to create suspense."

While this film may not have quotable dialogue as takeaways for viewers, Qubeka's next film, Knuckle City, a boxing tale set in Mdantsane in East London is "the complete antithesis and I've used language as much as possible. It's a much more Scorsese kind of piece."

• Public tickets to the gala opening night screening of 'Sew the Winter to My Skin' on October 9 are available through computicket.co.za.

Movie Review: 2 thumbs up for SA's 'Five Fingers for Marseilles'

'Five Fingers for Marseilles' might be thought of as a Western rather than a South African take on 'The Avengers', but that would be wrong
Lifestyle
3 years ago