The hip-hop superstar has realised what his music means to him, writes Tseliso Monaheng 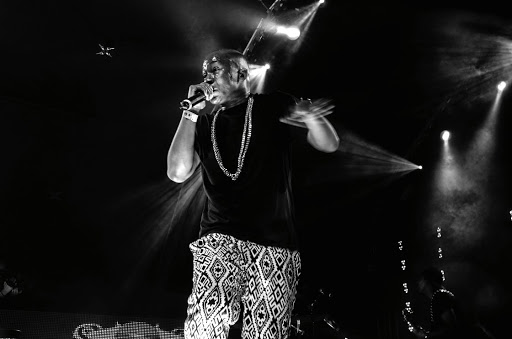 Reducing Khuli to the title of a mere rapper is lazy. He represents much more than the egotist archetype associated with the designation, though all bragging rights were automatically handed down to him when his sophomore release Lost in Time won the Album of the Year category at the Samas in 2013, the first SA hip-hop album to receive the honour.

We meet mid-morning on a weekday, on the porch of a restaurant that overlooks a golfing estate, surrounded by hills dotted with buildings that grow out of rocks and greenery in the distance. The scenery screams #dadlife, and pulls you closer to whisper, this is where you raise kids while the sun creeps in to chase away the early winter bite.

"I'd say I fell out of love with the music because I started living in the future. I started moving in spaces that showed me that there's so much more to music. But what I lost is that it's the music that got you all of this, so you put the music first," he says.

The lyrical wordsmith who moulds Setswana into complex formations of linguistic brilliance has been involved with rap since the mid-'90s - first in a duo with KG, then as part of Morafe with Mo'Molemi and Towdeemac (Molemi split before they released their first album).

He relocated from Mahikeng to Jozi in the early 2000s with his crew to pursue a career. He's been clear in every interaction we've had that HHP played a central role in Morafe's ultimately finding a record deal, which led to three successful albums and an army of hardcore fans. "It was all Jabba's (HHP) dream" were his exact words.

The star also plans to pay tribute to HHP on his upcoming album.
TshisaLIVE
2 years ago

Khuli's an artist that hovers. He's never quite there, but also there - in television commercials, on billboards for a number of top brands, on songs with leading a capella acts, on panels with some of the world's greatest thinkers. But all of these accolades and add-ons wither and collapse as we settle into conversation.

The superstar who still probably exhibits PTSD symptoms from an attempt on his life by members of the SAPS becomes bra Khuli, a grootman who is as invested in coming up with the perfect rhyme as he is in studying the music industry and figuring out where to position himself in relation to it.

I recall exiting Bree taxi rank around 2014 and seeing Khuli's face hovering on a billboard in a KFC ad. What was it like receiving that cheque, I wonder.

"It was the first of its kind. I still attribute my success or fame to that ad because it made me a bit of a national treasure. The only reason why I was excited about it was yo, a big brand like KFC is happy to jump on the culture and do something real time that speaks to bo-darkie and how we grew up, and use a song that was banging [at that time], and make sense without taking anything away from my brand and theirs.

"For me, that was genius. It was just like, everybody who's from the hood can relate to this, I fux with it," he shares with a hint of excitement and a nostalgic glimmer in both eyes.

The cat who used to trawl Pretoria streets and sleep on people's couches in the early 2000s; who found himself directionless post the successful three-album run by Morafe; who slept on producer pH's Raw X studios couch throughout the recording of his 10-year-old debut album Motswakoriginator - "that [studio carpet is] where I picked up my sinus [problems]," he says - is now a certified OG, content with what he's achieved, but also excited about the soon-to-be-released music he's been working on.

"I felt like Motswako as a movement, that was a moment, and that thing will be there forever. So what I think is that just like anything - careers and brands and whatever - you've gotta reinvent. As long as I'm alive, I would hate for it to go through what Kwaito went through."

That last part he approaches with caution, and goes the extra step to clarify: "What I'm saying is that as a Motswako originator, I wanna be the one to say yo, here's the new Tswako, reinvented."

"These kids have taken it, and they flipped it. And I feel like we also just need to breathe new life into it."

He teases a Cassper Nyovest guest feature on his album, due "sometime in July". About the album: "Moving forward, the music is gonna be high-volume; there's gonna be a lot of releases."

And we end it off on that high, promising, exciting note.

• Khuli Chana performs at the Basha Uhuru Freedom Festival on Saturday, June 29, at Constitution Hill in Johannesburg. Visit bashauhuru.co.za for line-up and ticket info about the fest (taking place June 27 - 29).

'I finished matric and I knew, I had already made up my mind, about how I was going to make my mark in the world and make my money'
TshisaLIVE
2 years ago

Is Apple really killing iTunes - what will happen to all my music?

The tech giant's announcement about the seeming demise of iTunes has created a lot of panic and confusion. Here's what it really means
Lifestyle
2 years ago