'Succession' gets even darker & more morally dubious in season 2

An epic saga of high-level power chess, this blackly comic tale of a super-rich and highly unlikeable family provides some of the year's best twists and turns 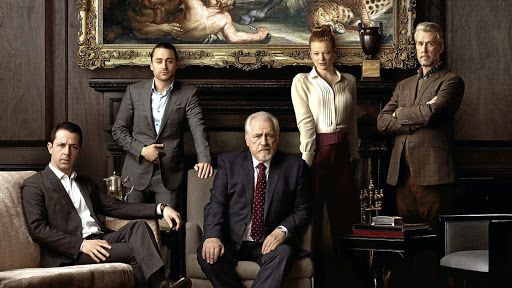 The first season of creator Jesse Armstrong's blackly comic, super-rich family saga, Succession, provided us with some of the most unlikeable characters in recent television history.

The second season, which picks up the action days after the tragic conclusion of the first, takes the adventures, backstabbing and ruthless machinations of the media-mogul Roy family to darker, more morally dubious, tragic and less black-and-white terrain.

Paterfamilias Logan Roy (Brian Cox) has managed to avoid the coup plotted by his son Kendall (Jeremy Strong), a broken, self-pitying shadow of his former self, trying to do what thwarted rich boys do when they lose their all-or-nothing power-plays against their fathers - relax and forget about everything at a super-exclusive spa in Europe.

The problem is that while Logan may have put out the fires threatening his empire from within the ranks of his family, the wolves of the new digital media age are knocking on the door of Royco Waystar, smelling blood and an opportunity to end the company's decades-long supremacy of the global entertainment industry.

Using his eldest son's shame and guilt to his advantage, Logan summons the family to put aside their differences and form a war cabinet for the ruthless corporate battle ahead. The overriding questions for this season become who will Logan hand the reins to and to what extent can he or any of his conniving, self-serving family be trusted?

WATCH | The trailer for season 2 of 'Succession'

The trick that the second season plays is a commendable testament to the control of its creators who - through slow-burning plotting and deep character examination - make us give more than a passing hoot about its cast of despicable privileged brats.

This seemingly impossible feat is masterfully executed thanks to the depth of acting talent. Beginning with Cox's Lear-like portrayal of Logan and running through the cast from Strong to Kieran Culkin's family jester Roman, Sarah Snook's ever power-playing Shiv, who still has her idiotically obsequious husband, Tom (Matthew Macfadyen), wrapped tightly around her little finger and Alan Ruck's mind-bogglingly privilege-blinded libertarian nut-case, eldest-son-from-the-first-marriage Connor, who thinks he'll take a crack at the highest office in the land while the rest of the family waste their time on saving the dynasty - the acting in Succession is superior to much else in the already impressive peak TV universe.

Through slow-burning plotting and deep character examination, the creators make us give more than a passing hoot about its cast of despicable privileged brats

It's full of claustrophobic tension that, while set against the backdrop of multimillion-dollar penthouses, extravagant hunting trips and lavish parties, still manages to maintain its focus on what's happening to the people at the centre of its action rather than get lost in the visually attractive surface trappings of their jaw-dropping 1% lifestyle.

As an epic saga of high-level power chess, Succession provides some of the year's best twists and turns and an edge-of-the-seat finale that promises far more satisfaction than the over-hyped and deeply disappointing Game of Thrones.

As a story of the world of the super-rich and the machinations of corporate takeovers and strategies, it avoids the melodrama and excessively detailed over-compensation of Billions, TV's other big business drama.

It ultimately succeeds as a bleakly funny, psychologically grim but true-to-life relatable story about real people under pressure that benefits from the scandalous real-world antics of Donald Trump, Jeff Bezos, Jeffrey Epstein and other nefarious billionaires.

You don't want to be the Roys, but you certainly begin to understand the ennui and anxieties that drive their inner-worlds beneath the glittering facades of luxury which they've become so indifferently accustomed to.

Even here within the most narcissistic and materialistic of fictional families, there are characters to root for when they return for season three next year.

• 'Succession' season 2 is available on Showmax.

'Game of Thrones' may be over, but the dragons are coming!
Lifestyle
2 years ago

Princess Margaret said she was glad I got the role and told me to her smoking style right, the acclaimed British actress told Margaret Gardiner
Lifestyle
2 years ago