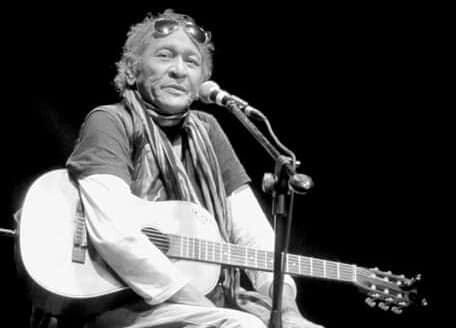 While there was no official confirmation of his death, hundreds of Fataar's fans took to social media to offer condolences and to express their sadness over the guitarist's death.

Fataar played his usual gig on Friday night at a popular restaurant in Musgrave in Durban.

It is believed that he died during the early hours of Saturday morning.

RIP Steve Fataar, I am devastated, how could You have been there last night singing away and gone today. Fly high with...

Fataar rose to fame together with his brothers, Ricky and Edries, as The Flames in the 1960s.

According to his biography on www.allmusic.com, The Flames were discovered by Carl Wilson of the Beach Boys while performing in a London club in 1969. They recorded their first international album the following year.

After the band broke up, Fataar kept a low profile until 1978 when he resurfaced with a new band.

Fataar had since been a familiar face in Durban's music scene.

Author and former radio presenter Ravi Govender told TimesLIVE that he got to know Fataar when he interviewed him on his radio show about 14 years ago.

“We remained firm friends until now. We checked on each other regularly. Steve loved attending my regular dance parties and it was always a treat when he gave an impromptu performance.

“Steve and his band The Flames made music history with their version of For Your Precious Love. He was respected as a musician and was loved for being so down to earth despite the giddy heights he had reached.

“We both had a penchant for tequila, but where I had it with the traditional lemon, he had it with an orange. Rest well dear friend and fill the sky with music as only you can,” Govender said.

Toya Delazy on discovering precancerous cells: It can happen to anyone

"Imagine if Mlindo had not worn a seatbelt, we may have been talking something different. That thing saved his life," Mlindo's manager said
TshisaLIVE
2 years ago

Neyi Zimu’s widow: Sometimes I cry; God gives me peace in the storm

Neyi Zimu's widow, Nelisiwe Sibisi-Zimu, has opened up about the pain of living without her husband
TshisaLIVE
2 years ago