The virus can be seen as our conscience, says famed trend forecaster 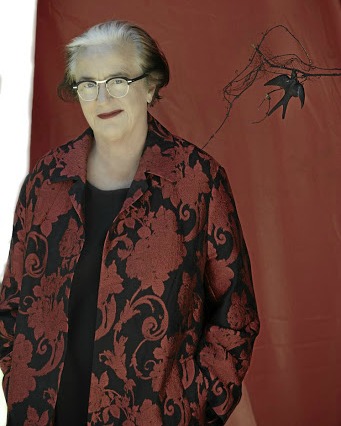 Lidewij Edelkoort is in lockdown at Dorp. Could there be a more unexpectedly perfect Covid redoubt than this charming hotel at the top of one of the steepest roads in Bo-Kaap, Cape Town? Owner Gail Behr is less hotelier than conjurer. With sleight of hand she summons a world that's equal parts charm and whimsy.

A cosmopolitan retreat in the heart of Cape Town with surround-sound views and a spectacular indigenous garden, it's where Edelkoort, one of the world's most respected trend forecasters, has found herself sheltering from the storm — a Covid refugee taken in by baroness Behr after she closed the hotel to the public.

From one of the perfect cottages on the property she's had an outsize influence on how to think about our emergence from this enforced hibernation. In an impromptu speech at an anniversary dinner for the Design Indaba's 25th anniversary, Edelkoort speculated that from her perspective the virus could become the "amazing grace" for the planet. This idea headlined a Quartz article that went viral.

"At the beginning of the virus there was so much fear and so little was known, so to speak of it positively wasn't done. I gave a written interview to Dezeen, which created a foundation to what I think — and that interview was read by more than half a million people," says Edelkoort.

This was followed by a contentious appearance on TV in the Netherlands, a podcast on the Business of Fashion and suddenly Edelkoort's speculations had broken free from her usual territory in the design universe and entered the mainstream debate.

"The idea came to me that something needed to be done to federate these ideas, to harvest the energy, the creativity and the inspiration and to take these forces and the novel ideas flooding my inbox further. So with Philip [Fimmano, the creative director for Edelkoort Inc] I decided to create the World Hope Forum — to have a counterpoint to the World Economic Forum. The economy of hope has the potential to transform society from within.

"Nobody wants to go back to normal. Everybody wants to use this moment to reset, which should be shared so we can learn from each other's ideas and work with them. The ideas will be open source, so when people want to give testimony to what they're doing they know that's the rule. Philip's idea is to ask members of the World Hope Forum to pay 1% of what the infamous 1% pay to be at the World Economic Forum. €190 (R3,600) instead
of €19,000. It's very sarcastic and funny.

Until now creativity has been stifled, trampled on and reined in by the forces of greed, shareholders and marketing. Now most designers profess that they want to work in a different way

"We're in the process of finding ambassadors in all countries to organise regional and national get togethers and take stock of what's happening in their own countries. This is a forum for all the creative people in design, architecture, fashion, textile and related fields, hospitality and food. Until now creativity has been stifled, trampled on and reined in by the forces of greed, shareholders and marketing. Now most designers profess that they want to work in a different way — have more time and less merchandise."

And of course she's ahead of the curve. Since her manifesto, Gucci announced a dramatic step off the treadmill. The statement from Gucci's creative director, Alessandro Michele, spoke of the need to be "seasonless" so that the "tyranny of speed ... and imposed deadlines that risk to humiliate creativity" can give way to  a more sustainable industry.

Edelkoort's manifesto is clear: "Under siege from the virus, many people have come to understand that they should change their behaviour patterns, no longer travelling too much, producing too much, consuming too much or using up too many resources. The comfort of being at and working from home, wasting time instead of money, has led people away from their addiction to material things and into a realm of sharing, caring and making. Disasters are powerful ignition tools for radical ways of transforming business practices. Fashion will ditch its 'insane' practices and the world will see a revival of small-scale, home-based production.

Many countries will fund the return of production to their own shores, and outsourcing will become more diverse and less excessive. Workers and the environment will be better taken care of."

'THIS IS A DISRUPTION'

We discuss how fast fashion seems to be an anachronism in this moment.

"It's bizarre," says Edelkoort. "When you look at photos in magazines — things from the recent past no longer look valuable ... In a new way, a lot of flexibility and improvisation is demanded. That's what happened after 9/11 — the whole field of autonomous design came from that moment.

"I'm super sad about the staggering number of people who've lost their lives to this virus. It's hard to understand the number — it's so abstract. On CBS they used the analogy of airplanes. It was as if one Boeing was going up in flames per day in the last 60 days in America alone. If you think about how we panic when one plane goes down ...

"It's a communal moment of global significance. On the political field we're drifting apart but on the human field we're coming together."

But I wonder if this crisis will really reset the playing field. The 2008 economic crisis didn't measurably change the way we operate. Edelkoort is more positive. "This isn't an economic crisis. This is a disruption — the economy goes along with the disruption — but everything is arrested in time — like a freeze or a hibernation.

"Now we're losing a lot of time to produce. Even when we reopen we won't be able to make things yet. If you look at the fashion production cycle — we have to harvest linen, sheer sheep, get mohair from goats, make yarn, colour it, make textiles. This is the reality of most industries. We won't go back to normal that easily. This is true of the electronics where there'll be the war on microchips. In many industries there'll be a disruption in producing materials. Then we'll have a massive amount of unsold product — what are we going to do with this waste? It's complex."

THE AGE OF THE AMATEUR

"In America they're aspiring to go back to business as usual. They unfortunately have dollars in their brains and hearts, but I think in other countries, like Japan, Korea and European countries, change is needed. In the southern hemisphere this may finally be the moment of emancipation and a jump onto the central stage. Many international brands won't survive."

I wonder how we'll emerge from this period.

"Personally, I'd like to keep to a slower momentum. We've now experienced how this could work — with webinars with our clients in Italy, the UK and the US. It's been well received as both soothing and intimate. I'd like to travel less — and mix analogue and virtual. The miraculous stay I've had at Dorp is teaching me that we don't have to go back to the way things were.

"Twenty years ago I would go back to Paris to do my creative work. Then I decided to take the work on the road. I've been working days and weekends since then. It never stops since work has become integrated in my life. Now we're taking the next step with communication.

"I think many people are enjoying a new privacy and a new concentration. They're happy to have finally also met their children after only seeing them on weekends and holidays with organised entertainment and adventure.

"Being forced to be indoors is the secret. Many people have been inventive and creative during this time — virtual gyms, baking, mending, singing, dancing.

"I'm calling it The Age of the Amateur — the public will be involved with the creative. It won't be just sneakers colours — it will be massive changes. The virus can be seen as our conscience. We wanted to stop overconsumption. We wanted to stop excessive travel and nonstop work, but people didn't know how to jump off the carousel. The effects of the virus have been Draconian but we're in the process of creating another world. Good CEOs are seeding change and will welcome the harvest."

Edelkoort concludes: "I hope the new normal isn't going to be just being at home in pyjamas. I hope there'll be new expressions of connection. I feel an urge to go out and I expect there'll be forms of ecstasy that are combined with complete seriousness. It will be a hybrid society working from home and the office, where everything that is a contrast will become one — that in itself is very exciting."

IN PICS | Bumper tables, fake patrons: what eating out looks like post-lockdown

Restaurant owners all over the world have been brainstorming ways to factor social distancing into the eat-in dining experience. Here are some of the ...
Lifestyle
1 year ago