Johnny Depp vs Amber Heard: the car-crash climax of our celeb-obsessed times

We want all the details on the private lives of celebrities, but when we get them, we resent them for being people too, writes Paula Andropoulos 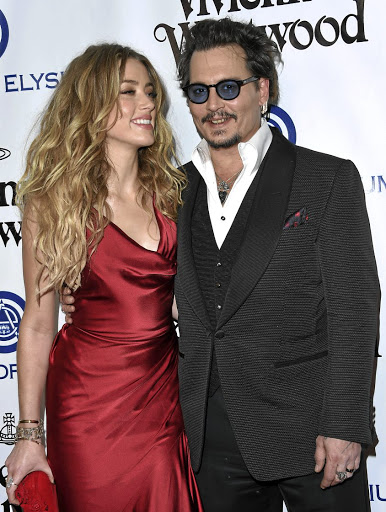 Lauren Bacall and Humphrey Bogart have crossed my mind repeatedly over the past few days, ever since the details of derailed superstar Johnny Depp's suit against The Sun first infiltrated my consciousness.

Even for a millennial such as myself, the Bacall-Bogart union still registers as iconic: he was a rakish, uber-masculine bad-boy with gang affiliations, and she was the beautiful ingenue who ultimately sacrificed her career to play housewife. It's not a modern love story, but its fairy-tale status has successfully outlived its protagonists.

Initially, Depp and his now ex-wife, actress Amber Heard's, May-December romance promised to be a contemporary incarnation of the Bogart-Bacall dynamic.

The former's 22-year age difference is roughly the same as Bogart and Bacall's quarter-century; Depp is a modern, campy continuation of the leading man archetype Bogart's generation perfected; and when they met on the set of The Rum Diary in 2009, Heard was just coming into her own after years of playing facile supporting roles onscreen. Heard and Depp professed to bond over a shared love of literature and the blues, and Depp ultimately abandoned his long-time partnership with Vanessa Paradis to elope with his young onscreen love interest.

Now, though, the contrast between Bogart+Bacall and Depp vs Heard seems nothing short of comical. Worse still, in a very public crusade to rehabilitate his reputation, Depp has effectively rendered his signature cooler-than-thou persona obsolete.

In the unlikely event that you don't know all about it, Depp is suing News Group Newspapers for libel, after its infamous tabloid derivative The Sun christened him "wife-beater" in a 2018 article.

Over the past few weeks, looking for all the world like somebody's seedy uncle, Depp has fortified his fall from grace with a series of gleefully vengeful statements about his relationship with Heard, including a pathetic account of his then-wife's faecal miscreance (Heard shat in their bedsheets, apparently).

While this London-based legal campaign has gone some way towards casting aspersion on Heard's integrity, it simply does not have the power to liberate Depp from his self-made manacles. In the eyes of the world, he has devolved into a misogynistic, self-indulgent asshole - and the suggestion that his former wife might also be an asshole does nothing to detract from this fact.

We witnessed something similar (albeit less sordid) in the startling rupture of Brangelina in 2016. Instead of maturing into paragons of hot, successful middle-aged masculinity, as per their earlier trajectories, male superstars like Brad Pitt and Depp are being felled by drugs and drinking and too much of everything except self-restraint.

In much of Depp's testimony, he's so desperate to stress his chic alterity that he's coming off as a wannabe, a self-styled artistic savant, irrevocably attached to the dark, druggy underbelly of what he lamely calls "the counter-culture". He's like a parodical version of a university boy who can't or won't stop talking about Infinite Jest and his "demons."

While Depp has enjoyed some success in defending himself against Heard's allegations, he's still coming off as a spoilt, washed-out reprobate. Indeed, he dresses himself like a hybrid of the many Tim Burton characters he's portrayed over the years, only to testify that he spends over $30,000 a month on wine alone. 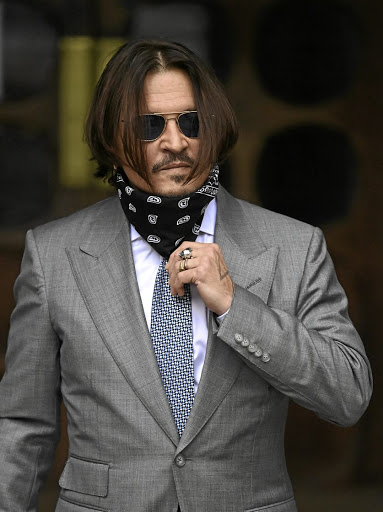 Trying to restore his honour, Johnny Depp is still coming off as a spoilt, washed-out reprobate
Image: Karwai Tang/WireImage via Getty Images

I think I would be remiss if I didn't point out that we, the readers, are at least somewhat complicit in the horribly public dégringolade of our Hollywood darlings. Our fascination with celebrity - our trenchant demands for full coverage and absolute disclosure - contribute to the symbolic deification of mere mortals, surely making it easier for them to believe that they don't have to adhere to the same social or moral codes as their avid audiences.

Conversely, our appetite for deeply personal details about celebrities' lives effects the very disillusionment we then go on to resent. People are people, and few romantic partnerships are entirely devoid of either cruelty or conflict at any given time.

Bacall's marital predecessor, Mayo Methot, actually stabbed Bogart at some point, and Bacall carried on with Frank Sinatra while Bogart was on his deathbed. We just didn't hear all about it, all the time, ad nauseum.

And while our ongoing engagement with the nature of spousal abuse is a healthy byproduct of this particular tabloid fixation, our attention is continually being derailed from it, and we're lured into speculating about shit instead. Literally.

Will & Jada: that shock interview and how we all became 'entangled'