Feasibility of famed graffiti artist's anonymity has recently been questioned 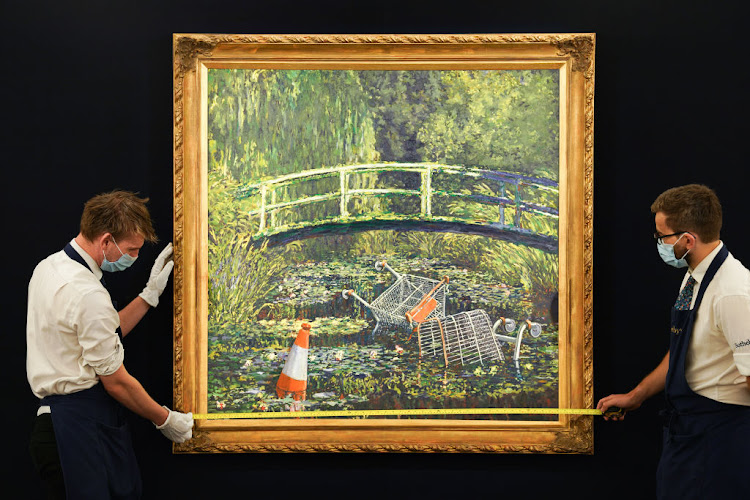 Banksy's 2005 work titled 'Show Me The Monet' will be auctioned by Sotheby's in London on October 21.
Image: Michael Bowles/Getty Images for Sotheby's

Banksy, the UK graffiti artist who was first noticed in the early 1990s for spray-painting walls and trains around his hometown of Bristol, has reached worldwide acclaim, all the while keeping his identity a secret.

But the feasibility of his anonymity has recently been cast in the spotlight after a ruling from the EU intellectual property office revoked the trademark previously afforded him for his artwork, The Flower Thrower.

In 2014, Banksy applied for an EU trademark for the graffiti mural that he painted on a wall in Jerusalem in 2005.

The artwork, which is sometimes referred to as Love is in the Air, depicting a protester throwing a bunch of flowers, has been reproduced around the globe. But it was the use of the image by UK card company Full Colour Black that began using the artwork on its cards that prompted Banksy to successfully apply for a trademark.

According to the Independent, the 2014 ruling was challenged by the card company which argued that Banksy was not entitled to the trademark as he did not intend on using the image for trade or branding purposes. 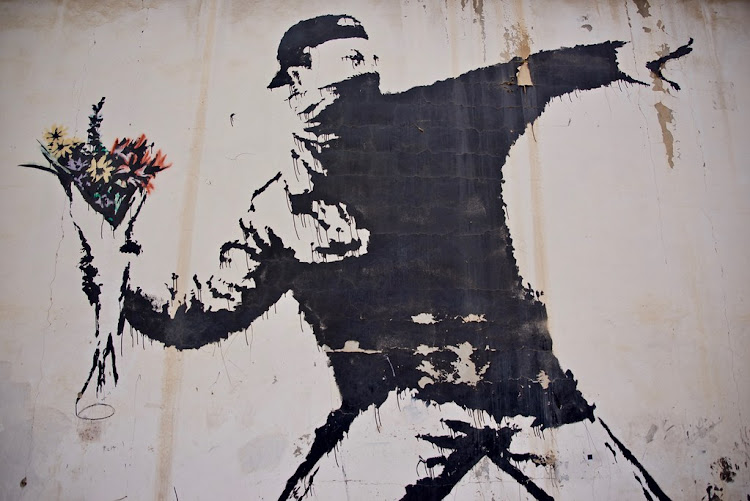 In response to the challenge, Banksy opened a shop in October last year in which he started selling a range of merchandise, including reproductions of the image in question, to fulfil these trademark requirements.

However, last month the EU intellectual property office ruled in favour of Full Colour Black and declared the previous trademark “invalid in its entirety”, saying Banksy had filed the trademark in bad faith.

They quoted Banksy’s long-held view that “copyright is for losers” and his insistence on remaining anonymous as two of the deciding factors in the ruling.

In an article on BristolLive, the examiners were quoted as saying: “It must be pointed out that another factor worthy of consideration is that he cannot be identified as the unquestionable owner of such works as his identity is hidden. It further cannot be established without question that the artist holds any copyrights to a graffiti.”

There has since been no move on the part of the artist to reveal his identity in an attempt to overturn the ruling.

It also has had no bearing on the impending sale of his painting Show Me the Monet (pictured above), which is expected to sell for a staggering price of between £3m and £5m (about R64m-R107m) at a Sotheby’s auction on October 21.

Having once struggled to make a name for herself in a male-dominated world, this local artist's name is up there with the likes of Banksy
Lifestyle
1 year ago