This film shines an uncompromising light on life in one of the birthplaces of local boxing champions, writes Setumo-Thebe Mohlomi 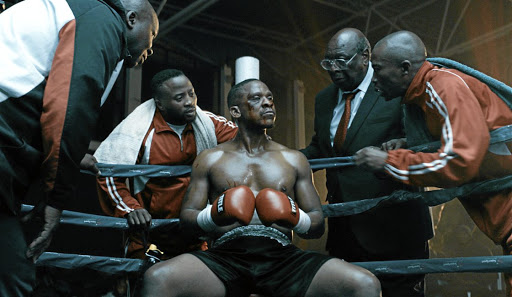 This is a typical day for Ladumo “9mm” Lamati, the International Boxing Federation's super-bantamweight champion: three bananas, a granola bar and a CBD energy drink inhaled between a sparring session and an hour-long run followed by back-to-back boxing lessons with clients from 5pm until late.

Lamati splits his time between the demands of his professional boxing ambitions and his responsibilities as a trainer at the gym he fights out of, the Fightsports Centre in Norwood, Johannesburg. Between bites of snacks, he reflects on his upbringing in Mdantsane in the Eastern Cape - the place that made him and his career.

Mdantsane is also the setting of Knuckle City, the acclaimed local drama that follows the township's boxing scene. After showing at cinemas locally, the film enjoyed a successful run on the international festival circuit that saw it winning six Golden Horn Awards and being selected as the official South African submission for the Oscars. It is currently available to stream on Showmax.

Knuckle City follows the lives of brothers Dudu and Duke Nyakama, the sons of a slain boxing champion, Art Nyakama, and a bedridden mother, Mother Hen. It opens in 1994 and shifts between the brothers' childhood and adult lives. In 2019 the boys have grown up to follow in the footsteps of their father. Dudu has become a womanising professional boxer and Duke a career criminal.

Doing the Mdantsane shuffle: boxers dream big in the gym of champions

Boxing gloves are lined up along the side of a dilapidated boxing ring, its ragged ropes held up by rusted bars. In the adjoining room, under a ...
News
1 year ago

Mdantsane is director Jahmil XT Qubeka's hometown. In his film, he takes audiences to one of the birthplaces of boxing world champions.

The film tells a story that, despite being fictional, has a real authenticity. That the boxing scene in Mdantsane (and the Eastern Cape in general) has consistently produced national and international champions from severely under-resourced areas is a marvel. In the film, the father, Art, is loosely based on real-life boxing champions from the area. Elder brother Dudu is a “warhorse” boxer past his prime. Duke is a brash tsotsi looking to make a change.

The plot is at its most interesting when it doesn't fulfil viewers' ideas of happy endings and solutions to the real social ills it portrays.

The boxing scene is hyper-masculine, as is the gang environment. Patriarchy continues to dominate this community. The most vulnerable in these under-resourced townships are the most abused, and the roles of men and women and the way that the lives of people in the community unfold are deeply disturbing when they're portrayed authentically.

In the film, Art and Dudu prey on and rape young girls. This kind of behaviour is commonplace in South African townships. 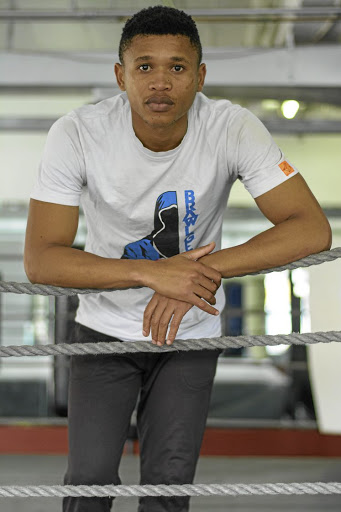 IBF champion Ladumo Lamati from Mdantsane says boxing was a way to stay out of trouble in the Eastern Cape township.
Image: Setumo-Thebe Mohlomi

What is also unsettling is how Knuckle City portrays moments when the behaviour of the father and sons is only mildly censured, in ways that are careful not to disrupt the relationships held with the perpetrators of these crimes.

It hits home when Minky, a nurse and Dudu's love interest, makes light of how young girls keep her 37-year-old boyfriend warm, and when Mother Hen suggests that sex is the consumption of women, that they are “eaten” by men. When Nosisi, Dudu's teenage daughter, slaps her father while confronting him about raping girls in her class, the moment is not heroic, it's desperate.

All of the characters in the film are loosely based on real people from Mdantsane, like Ladumo “9mm” Lamati.

“If I hadn't walked through the gym door my life would have had one of two outcomes: jail or death,” he says.

“I have childhood friends who are in jail. One of my friends is dead - shot by my cousin, who lives next door. In April 2017, I was fighting in a boxing match for South Africa on the day they buried the guy, but, of course, I couldn't go.”

Lamati was born at NU 8 Clinic (locally known as iclinic kwa 8) on Spine Road, halfway between his home to the east and the boxing gym, a short distance to the west. At eight years old, he put his little hands into boxing gloves for the first time and made gum guards from strips of plastic bags. He trained in his school classroom, which doubled as his gym.

In 2003, at the age of 11, he won an opportunity to compete at the SA Boxing Games after winning bronze at the Eastern Cape Games. In 2014 he moved to Johannesburg to pursue a professional career under the legendary trainer Nick Durandt, and that move out of the township changed his life forever.

“Remember, we grew up learning from the environment we were in,” Lamati says. “What you see and experience every day is so important. It shapes you. Ikasi - that place is not meant for someone to succeed.”

Knuckle City is entertaining in the way that a bystander might enjoy derisive jibes traded between two people. It's enjoyable to watch, but it does not spare the viewer. It pokes at our vulnerabilities and makes us uncomfortable, calling into question the mettle of our character. It asks who we are when we are at our most desperate. It takes us into the failures and successes of people like Ladumo Lamati.

Young Lamati and his friends at the gym would slip their hands into the wet gloves they shared for the opportunity to escape into boxing for a time. It was an escape from the socioeconomic pressures that had already begun to exert themselves on their young lives.

“A 12-year-old kid from my township is capable of taking someone's life, sent by older people to do that. I was relieved the first day I got into a gym and put gloves on and made someone bleed. I felt the most free in the gym,” he says.

“I could punch, I could sweat. I could get everything out.”

This boxing flick set in the Eastern Cape is punchy, smart and engaging as it tackles universal issues
Lifestyle
1 year ago

Even the most absurd elements of the film are real: 'Knuckle City' director

Filmmaker Jahmil XT Qubeka's latest is a boxer/gangster film set in the Eastern Cape, which ponders the meaning of manhood. We find out more
Lifestyle
2 years ago