When will Covid-19 vaccines become available? And who'll get the jab first? 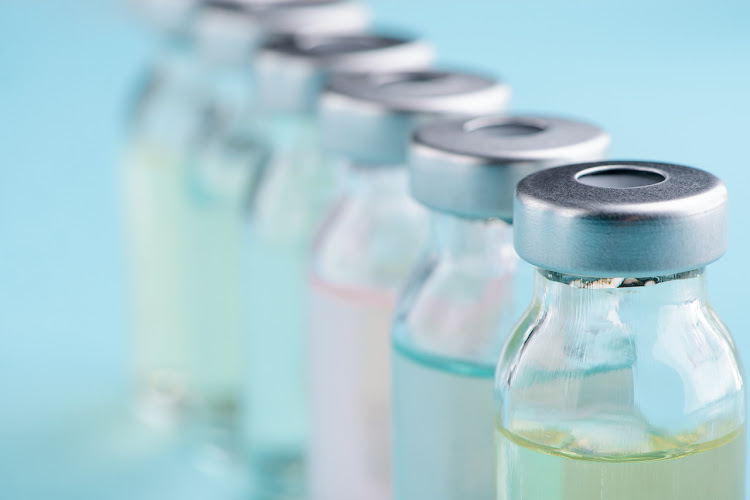 Here's an outline of the process of distributing the Covid-19 vaccine once it becomes available.
Image: Iurii Golub / 123rf

Pfizer Inc with partner BioNTech SE and Moderna Inc have released trial data showing their Covid-19 vaccines to be about 95% effective at preventing the illness, while AstraZeneca Plc this week said its vaccine could be up to 90% effective.

If regulators approve any of the vaccines in coming weeks, the companies have said distribution could begin almost immediately with governments about the world to decide who gets them and in what order. The following is an outline of the process:

WHEN WILL COMPANIES ROLL OUT A VACCINE?

The US Department of Defense and the Centers for Disease Control and Prevention (CDC) will manage distribution in the US, likely starting in mid-December with an initial release of 6.4 million doses nationwide.

UK health authorities plan to roll out an approved vaccine as quickly as possible, also expected in December.

In the European Union, it is up to each country in the 27-member bloc to start distributing vaccines to their populations.

WHO WOULD GET AN APPROVED VACCINE AND WHEN IN THE UNITED STATES?

Upon authorisation from the US Food and Drug Administration, the CDC has said first in line for vaccinations would be about 21 million health care workers and 3 million residents in long-term care facilities.

Essential workers, a group of 87 million people who do crucial work in jobs that cannot be done from home, are the likely next group. This includes firefighters, police, school employees, transportation workers, food and agriculture workers and food service employees.

About 100 million adults with high-risk medical conditions and 53 million adults over the age of 65, also considered at higher risk of severe disease, are the next priority.

US public health officials said vaccines will be generally available to most Americans in pharmacies, clinics and doctors offices starting in April so that anyone who wants a shot can have one by the end of June.

It is unclear when a vaccine will be available for children. Pfizer and BioNTech have started testing their vaccine in volunteers as young as 12.

WHEN WILL A VACCINE BE AVAILABLE IN OTHER COUNTRIES?

Many of AstraZeneca's doses this year are expected to go to the United Kingdom, where health officials have said that if approved they could begin vaccinating people in December. At the top of their list is people living and working in care homes.

Vaccine race: where are we, and what’s the holdup?

In Europe, the EU drugs regulator has said it could rule on the safety of a Covid-19 vaccine in December.

Most countries have said the first vaccines will go to the elderly and vulnerable and front-line workers like doctors.

Countries say they are buying vaccines via the European Commission's joint procurement scheme, which has deals for six different vaccines and nearly 2 billion doses.

Delivery timelines vary and most countries are still drawing up plans for distributing and administering shots.

Italy expects to receive the first deliveries of the Pfizer-BioNTech shot and AstraZeneca's shot early next year. Spain plans to give vaccines in January.

In Bulgaria, the country's chief health inspector expects the first shipments in March-April. Hungary's foreign minister said doses will land in the spring at the earliest.

Germany, home to BioNTech, expects to roll out shots in early 2021 with mass vaccination centres in exhibition halls, airport terminals and concert venues. It will also use mobile teams for care homes. Front-line health care workers and people at risk for serious Covid-19 are expected to get inoculated first.

COVAX, a programme led by the World Health Organisation and the GAVI vaccine group to pool funds from wealthier countries and non-profits to buy and distribute vaccines to dozens of poorer countries, has raised $2 billion.

Its first goal is to vaccinate 3% of the people in these countries with a final goal of reaching 20%. It has signed a provisional agreement to buy AstraZeneca's vaccine, which does not require storage in specialised ultra cold equipment like the Pfizer vaccine.

It is expected but not certain that less wealthy countries in Africa and South East Asia, such as India, will receive vaccines at low or no cost under this programme in 2021. Other countries such as those in Latin America may buy vaccines through COVAX. Several are also striking supply deals with drugmakers.

HOW MUCH WILL IT COST?

Vaccine makers and governments have negotiated varying prices, not all of which are public. Governments have paid from a few dollars per AstraZeneca shot to up to $50 for the two-dose Pfizer regimen. Many countries have said they will cover the cost of inoculating their residents.

How decades of work, and half dose of fortune, drove Oxford vaccine success

It took Oxford University's brightest minds decades of work to give them the expertise to develop a Covid-19 vaccine.
Lifestyle
9 months ago

Russia's Sputnik V Covid-19 vaccine will cost less than $20 per person on international markets and Moscow aims to produce more than a billion doses ...
News
9 months ago

Covid-19: SA to pay R500m for access to vaccines to protect population

SA is going with the COVAX global Covid-19 vaccine distribution scheme, with a committed purchase for 10% of its population of 58m, a senior health ...
News
9 months ago