Late Larry King: Interviewing Mandela was 'one of the great moments of my life' 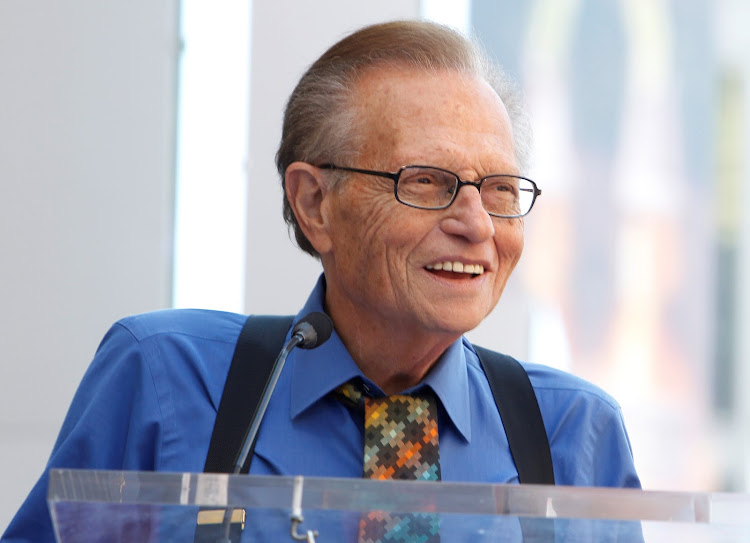 Iconic US TV host Larry King has died at age 87 after being hospitalised with a Covid-19 infection, reports TimesLIVE.

King was best known for being the host of CNN’s Larry King Live, which ran from 1985 to 2010. Well, for that, and perhaps for his owl-like glasses and ever-present suspenders.

During his successful media career, which spanned over six decades, King interviewed countless world leaders and celebrities including SA’s very own Oscar-winner Charlize Theron and the late Nelson Mandela.

The late Larry King interviewed former SA president Nelson Mandela in 2000 about his release from prison after 27 years.

In fact, King once declared that interviewing the former president in 2000 was “one of the great moments of my life”.

“I regarded [Mandela] as the greatest figure of the 20th century, the years of imprisonment, fighting for apartheid, and then to lead his country as president was unbelievable to me,” explained King in a tribute video to mark Madiba’s death in 2013.

During the video — watch it below — King recalled how during a trip to SA in the early 2000s, Mandela invited him to his Johannesburg home.

“He was wearing suspenders in my honour,” said King, “We had a wonderful lunch and a great afternoon, and you had the feeling in his presence that I was sitting with a giant.”

Larry King reflects on the legacy of Nelson Mandela

Larry King, who quizzed thousands of world leaders, politicians and entertainers for CNN and other news outlets in a career spanning more than six ...
Lifestyle
1 year ago

Fashion heavyweights pay tribute to the late co-founder of one of the country's most influential brands.
Lifestyle
1 year ago