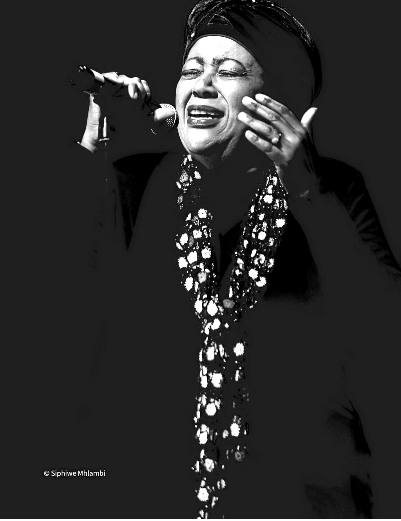 ‘Through her music she has always reflected the richness of her culture, wisdom, and the warmth of her family, community and continent’

These words by family spokesperson Bandile Mngoma on the passing of the singer known to her loved ones as maMngoma, have been read in many places this week.

For more than four decades, world-renowned jazz and opera vocalist Sibongile Khumalo captivated audiences in SA and abroad, often giving hope to those in turmoil and grief.

She died in a Johannesburg hospital on Thursday, at the age of 63.Her death led to an outpouring of tributes on social media, with dozens sharing the intimate moments when her music helped them deal with heartbreak.

Khumalo’s music came from her own heartbreak, especially after the loss of her parents. She spoke often and fondly of them, dedicating the hit single Mountain Shade to her mother and a song off the album Immortal Secrets to her father. Khumalo was born in Orlando West, Soweto, on September 24 1957 into a musical dynasty that would shape the star she would one day become. Her grandfather was a maskandi artist, her father, Khabi Mngoma, a professor of music and her mother, Grace, a nurse with a powerful alto voice.

Khumalo showed musical promise from an early age and at the age of eight was taken under the wing of celebrated musician Emily Motsieloa, studying violin, singing, drama and dance.

She was exposed to the sounds of legendary local musicians including Letta Mbulu and Miriam Makeba, and the drumbeats of local traditional healers and the Zion Christian Church. As a child she wanted to be a doctor, but could not hide the stirrings of an ambition to one day sing opera on the world stage.

All she really wanted to do was sing and, in doing so, she captured the hearts of a nation
News
10 months ago

Khumalo’s parents encouraged her to reach for her dreams, but opportunities were limited for a young black girl wanting to be an opera singer in apartheid-era SA.

Mngoma knew that for his daughter to fulfil her wish she would need to study overseas, a prospect that seemed impossible for the family at the time, so he encouraged her to try something else.

She finished matric, and, noticing the lack of music teachers in black communities, enrolled for a BA in music at the University of Zululand, and later a BA honours from Wits University. She also obtained a higher diploma in personnel management.

She found work as a music teacher, administrator and researcher at the University of Zululand, Federated Union of Black Artists (Fuba) and Madimba Institute of African Music at Soweto’s Funda Centre.She also concentrated her studies on Zulu, Sotho and Tsonga musical heritage.

However, her talent was not to be denied and after years of studying and teaching music, she decided to take the plunge as a vocalist. She left Fuba and waited for the phone to ring. It did. After launching her full-time singing career in 1992 at Kippies Jazz International, she won the Standard Bank Young Artist Award at 1993’s Grahamstown Arts Festival for her sellout show, The Three Faces of Sibongile Khumalo.

Her mix of opera, oratorio and classical music with African traditional elements won her audiences around the world.

“My repertoire at that first Grahamstown Festival was like something I had done at Kippies in 1992 — it was the show that had made critics take notice. It was a bit of classical, jazz and traditional music. When I sang the aria from Handel’s Messiah called Who May Abide the Day of His Coming? in a jazzified way, the audience erupted. And I was like: ‘What have I done?’,” Khumalo told the Sunday Times in 2015.

“I believe for many musicians, the traditional roots are the bedrock of our creativity. When I was a child, there was an indigenous church whose property neighboured ours. We heard their music every day. When I had a chance to express myself, I dipped into that.”

She made her operatic debut in Durban and Joburg, before several critically acclaimed performances, including as Ma Bantjies in Roelof Temmingh’s Buchuland and in Divine Divas with Aviva Pelham and Virginia Davids. Both performances won her FNB Vita Awards.

She performed at some of the world’s most prestigious venues, including the Royal Festival and Royal Albert halls in London, the Kennedy Center in Washington DC and Het Muziektheater in Amsterdam.

Khumalo also graced every major jazz venue and festival in SA, performing with the London Philharmonic Orchestra, the Brahms Alto Rhapsody, Aviva Pelham, in Handel’s Messiah with Yehudi Menuhin and as the mezzo-soprano soloist for David Willcocks in the Verdi Requiem that the London Bach Choir brought to SA in 1997. On stage she appeared in the musicals Marabi, Baby Come Duze, Once on this Island, and Goree, which toured Europe and the US.

She released her debut album, Ancient Evenings, in 1996. She went on to release six more albums, including two live recordings and a compilation, and won three South African Music Awards.

In 2016, she released her much-anticipated studio album Breath of Life after a seven-year hiatus. The release was hailed by critics and fans alike, cementing her status as one of the most talented musicians the country has ever produced.

To her fans and friends she was known as maMngoma. Former president Nelson Mandela hailed her as “the first lady of song”. Khumalo’s close relationship with the anti-apartheid stalwart saw her perform at his 75th birthday and 1994 inauguration.

She was at the centre of another landmark moment in South African history, singing the national anthem at the Rugby World Cup final in 1995.In 2008 she was awarded the Order of Ikhamanga. Rhodes University, the University of Zululand and Unisa conferred honorary doctorates on her.

Khumalo refused to see herself a “legend”, even when the moments she was helping to create would define a nation.

“She never brought work home. In her mind, she was a mother, a grandmother and sister. She wasn’t a celebrity. She wasn’t after the limelight. She was a private person and loved nothing more than spending time with her family,” said her eldest son, Tshepo. “She was humble and would teach us it doesn’t matter if you perform for the king or the neighbours, everyone is important — and she made them feel as such.”

Khumalo spent the last few years concentrating her efforts on empowering young talent and creating opportunities in the industry.

Since her passing her family have been inundated with calls from many young artists, saying they shared their pain and saw her as their mother too.

As the Covid-19 pandemic took hold on the nation and crippled the arts industry, Khumalo showed her resilience and adaptability by performing for a virtual audience from an empty 1,300-seat Opera Theatre at the South African State Theatre in September last year.

It would be her last major performance before recurring health struggles saw her in and out of hospital.

Khumalo is survived by her brother Linda, daughter Ayanda and sons Tshepo and Siyabonga.

Khumalo died on Thursday due to stroke related complications.
TshisaLIVE
10 months ago

'I thought why is this happening?'- Marah Louw heartbroken by Sibongile Khumalo's death