'Biggie: I Got a Story to Tell' delves into the troubled life of a talented rapper

Notorious B.I.G's doting and beloved mother, Violetta Wallace, and some of his lifelong friends give insight into his early years in this Netflix movie 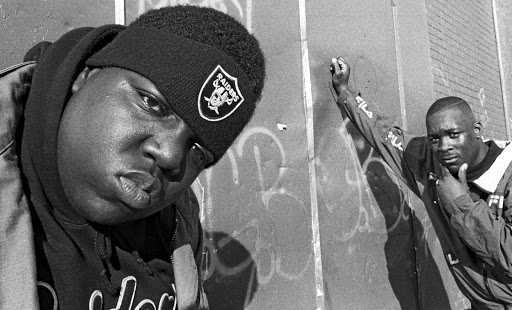 Hot on the heels of his posthumous induction into the Rock & Roll Hall of Fame last year comes another film about Christopher George Latore Wallace, the man most know as the Notorious B.I.G.

What sets director Emmett Malloy's Netflix documentary Biggie: I Got a Story to Tell apart is that it doesn't focus on the infamous East Coast/West Coast hip-hop feud that resulted in the deaths of its two main protagonists — Tupac Shakur in 1996 and B.I.G. in 1997. Instead Malloy, with the blessing and participation of Wallace's doting and beloved mother Violetta and some of the rapper's lifelong friends, makes use of previously unseen home video footage and interviews with family and friends to examine the early years of Wallace's 24 years of life.

Here is the story of a smart young boy raised by a Jamaican single mother on the drug-infested streets of Brooklyn, going to Jamaica for his summers. It also shows how enthralled he was by the toasting performances of his uncle. Back home in Brooklyn, Wallace gravitated towards a local jazz musician who for a while kept him off the violent streets, as the impressionable boy became intrigued and beguiled by jazz masters like Miles Davis and Max Roach.

WATCH | 'Biggie: I Got a Story to Tell' trailer.

His teacher mother was strict, but she couldn't keep her son away from the easy money of the drug trade a few blocks down the street. By the time he was in his late teens, Wallace was working the corners. The death of a friend and his newly discovered talent as an MC put him on a path that would change his life and the world of hip-hop forever.

The best-known period of his life accounts for a few short years but B.I.G's biggest fan and right-hand man Diddy reminds us about the lyrical, vocal genius that he saw early on in the young Wallace.

It may not provide too many revelations but by focusing attention back onto the life of its subject, Malloy's film mostly succeeds in offering some personal perspective on a tragically truncated life.

'If you want to change the world, you have to know how power mutated' teases the trailer for documentarian Adam Curtis's new six-part series
Lifestyle
5 months ago

US pop star Demi Lovato has revealed that she suffered "three strokes and a heart attack" after she was hospitalised in 2018 for an overdose.
Lifestyle
5 months ago

I always equated Helen Reddy's music with making women feel stronger and bolder, says the director of this biographical film about the late ...
Lifestyle
6 months ago