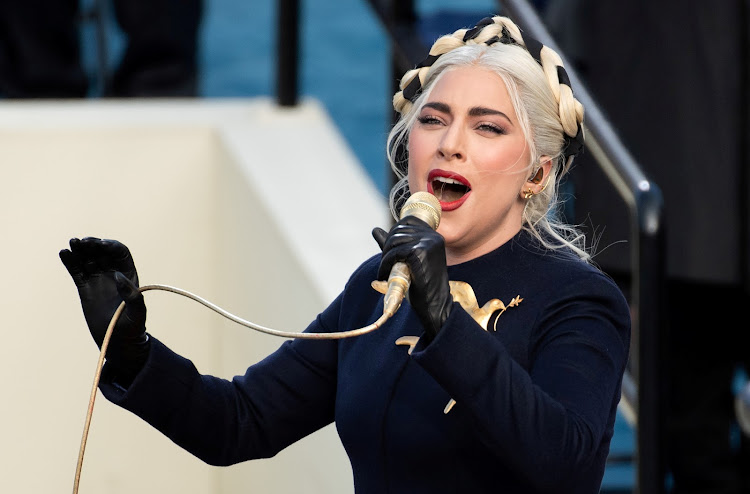 Five people have been arrested in connection with the theft of Lady Gaga's dogs.
Image: Saul Loeb/Pool via REUTERS

Five people have been arrested on charges stemming from the violent theft of two bulldogs belonging to pop star Lady Gaga and the shooting of a dog walker during the pets' abduction in Hollywood earlier this year, authorities said on Thursday.

Four of the five suspects were known street gang members, while the fifth was the woman who reported she had found the dogs and safely returned them after a reward was offered, the Los Angeles Police Department said.

The two bulldogs, named Koji and Gustav, were dropped off unharmed at an LAPD station on February 26 and turned over to the musician's representatives two days after they were snatched at gunpoint by two strangers in a car.

The dog walker who was accosted, 30-year-old Ryan Fischer, was shot in the chest by one of the suspects as they grabbed the two bulldogs, but he survived. A third Gaga-owned bulldog out walking with Fischer at the time escaped and was later found safe by police.

In an interview days afterward, Fischer said he had suffered “a very close call with death.”

BBC reports that Lady Gaga has offered a $500,000 (more than R7m) reward for the safe return of her two French bulldogs after they were stolen during ...
Lifestyle
2 months ago

Gaga, who was filming a movie in Rome when her pets were taken, had issued a public plea on social media for an “act of kindness” to bring them home, and offered a $500,000 reward.

Los Angeles police said on Thursday that detectives “do not believe the suspects were targeting the victim because of the dogs’ owner.”

“However, evidence suggests the suspects knew the great value of the breed of dogs and that was the motivation for the robbery,” the statement said.

Three people — James Jackson, 18, Jaylin White, 19, and Lafayette Whaley, 27, were charged with one count each of attempted murder, conspiracy to commit robbery and second-degree robbery. Jackson, the accused gunman, also was charged with assault and a weapons offence, according to the Los Angeles District Attorney's Office.

The woman who claimed to have found the dogs, 50-year-old Jennifer McBride, and a fifth defendant, Harold White, 40, were each charged with being accessories after the fact. McBride also was charged with receiving stolen property, while the elder White was additionally charged with illegal possession of a firearm, prosecutors said.

“This was a brazen street crime that left a man seriously wounded,” District Attorney George Gascón said in a statement. “We have alleged very serious charges in this case and have faith that justice will be appropriately served as this case unfolds in court.”

All five defendants pleaded not guilty on Thursday afternoon and were ordered to return to court on May 11.

The man who was shot while caring for Lady Gaga's French Bulldogs said on Monday he was recovering after nearly dying from the attack by assailants ...
Lifestyle
2 months ago

Bonang Matheba's court case has been postponed to November 14.
TshisaLIVE
2 years ago

Sunday World stands by its story and said any response to Bonang's lawsuit would be addressed through the relevant channels.
TshisaLIVE
2 years ago
Next Article