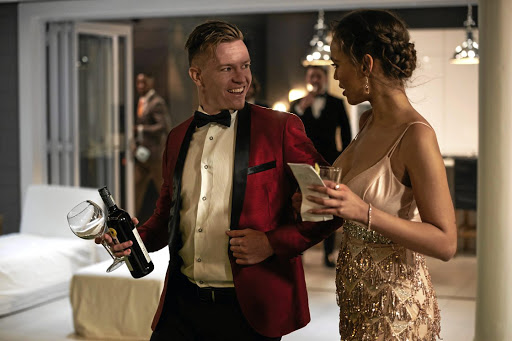 Qiniso Van Damme had 22 men vying for her attention on 'The Bachelorette SA'.
Image: MultiChoice

The latest episode of The Bachelorette SA was met with a sigh of relief from DA MP  Phumzile Van Damme, the sister of Qiniso who starred as the bachelorette on the show.

The model had 22 men vying for her attention on the show and fans have seen romance, affection and break-ups.

In the recent Men Tell All episode which aired on Friday, Qiniso met the men she had rejected throughout the season to iron out issues before the finale.

The DA MP opened up about her fear and said she was worried about Qiniso joining the show in case she was met with “undeserved cruelty”.

She said she was relieved that Qiniso was treated kindly by the online community and had the support of M-Net.

“I was really worried about Qiniso being on the show as it would expose her to undeserved cruelty. I couldn’t protect her as the over-protective older sibling I am. There was almost none. I am glad you saw her heart, the genuine, empathetic and smart young woman she is,” she tweeted.

On behalf of my family and I, thank you SO MUCH for the love, encouragement and support you’ve given my baby sister @qinisovandamme. I barely saw a negative word about her & you know I checked I am THAT sister. You are truly the best. The love rightbackatcha. #TheBacheloretteSA pic.twitter.com/f5SA9FrfNg

Qiniso is no stranger to viewers. She was one of the 22 women who competed for the attention of bachelor Marc Buckner in the second season of The Bachelor SA.

It remains to be seen whether she found her ideal partner in the finale.

How 'The Bachelorette SA' was filmed in a 'quarantine bubble'

Director Tasneen Henderson on the challenges of filming during Covid, working with bachelorette Qiniso van Damme and more
Lifestyle
10 months ago

WATCH | What you need to know about 'The Bachelorette SA', Qiniso van Damme

Here is what you need to know about the leading lady.
Lifestyle
1 year ago

With no sighting of Bosasa-stuffed Louis Vuitton bags or the triumvirate of glam political wives, this year's red carpet for the state of the nation ...
Lifestyle
2 years ago