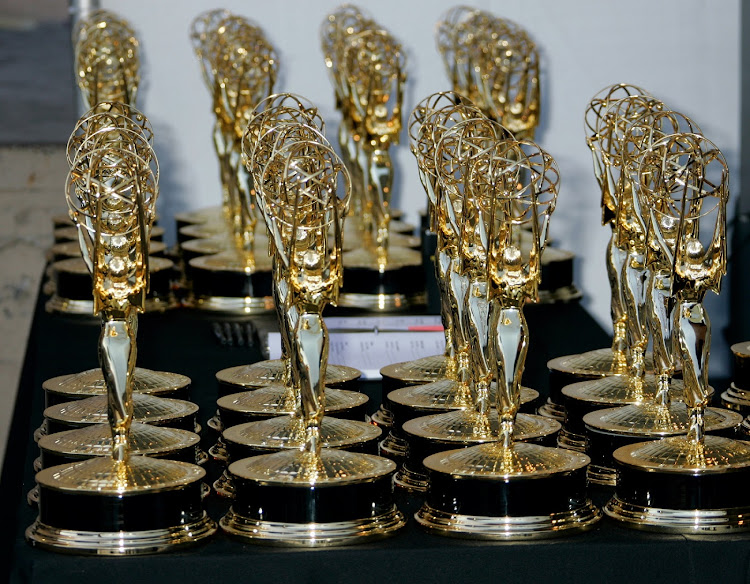 Winners of the Emmys will be announced on September 12. File photo.
Image: Fred Prouser/Reuters

Succession, the HBO series about a conniving media mogul and his feuding family, racked up 25 Emmy nominations on Tuesday, including one for the prestigious best drama prize.

It will square off against Netflix’s South Korean thriller Squid Game, the first non-English language show nominated for an Emmy.

The feel-good series Ted Lasso will defend its title as best comedy, one of the show’s 20 nominations. The fish-out-of-water story from Apple TV+ will compete against Hacks, Only Murders in the Building and The Marvelous Mrs Maisel, among others.

Lasso star Hannah Waddingham, who won a supporting actress Emmy last year, said she was shocked by her second nomination because she thought “I've had my minute”.

“It’s a bit of a magic moment for all of us,” she said of the show’s cast.

HBO’s The White Lotus, about vacationers and staff at a ritzy oceanfront resort, secured 20 nominations and scored a slot in the best limited series field.

Winners of the Emmys will be announced on September 12.

Television Academy CEO Frank Scherma said the group received a record number of submissions this year, a sign production was thriving after shutdowns during the Covid-19 pandemic.

‘Crying, shaking and throwing up’

Fourteen of the nominations for Succession, which won best drama in 2020, came in acting categories. Brian Cox, who stars as patriarch Logan Roy, will compete for best actor against Jeremy Strong, who plays his troubled son Kendall.

Newcomer Severance, a psychological thriller about office workers, earned 14 nominations and will compete for best drama, leaving star and acting nominee Adam Scott at a loss for words.

“It’s overwhelming. I was really deeply surprised, flattered and honoured,” Scott said in an interview.

Abbott Elementary, a new series from Walt Disney’s broadcaster ABC, made its way into the best comedy race.

Trevor Noah’s Daily Show is nominated again for Sunday night’s MTV Movie & TV Awards and Doja Cat, who is half South African, leads the pack in ...
TshisaLIVE
2 months ago

“Crying, shaking and throwing up has new meaning to me because I real life did all three,” Quinta Brunson, who was nominated for writing and acting on the show, wrote on Twitter.

Steve Martin and Martin Short will compete for best comedy actor for Hulu’s Only Murders in the Building, about true-crime podcasters, though voters passed over their co-star Selena Gomez in acting categories.

Contenders for best comedy actress include Rachel Brosnahan for her role as a 1950s housewife and comedian on Mrs. Maisel, together with Issa Rae of Insecure and Hacks star Jean Smart.

Hacks, about a seasoned female comedian looking to extend her career, received a nomination for the second year in a row for best comedy series.

“I think it us a really important thing, especially in this moment in time in our country, to highlight women and to tell their stories,” Jen Statsky, co-creator of Hacks, said in an interview.

For best drama actress, nominees included previous winner Zendaya for Euphoria, Laura Linney for the drug-dealing drama Ozark, and Melanie Lynskey for the  new series Yellowjackets about high school girls forced to survive in the wilderness.

The final seasons of the tear-jerker This is Us and comedy Black-ish did not make the cut in major categories this year. Emmy voters also skipped over popular the Western Yellowstone.

Chris Hemsworth's God of Thunder finds romance and danger, a plum role for English star of 'Good Luck to You, Leo Grande', while 'Barry' season 3 ...
Lifestyle
1 month ago

"No words necessary, I'll let the trailer speak for itself," Thuso Mbedu shared the official trailer.
TshisaLIVE
1 month ago

‘Kedibone’, ‘The Girl from Plainville’: Five things to stream now

Movies and shows to binge this week.
Lifestyle
2 months ago