If the talented designer wins, it will be a hat-trick for Mzansi 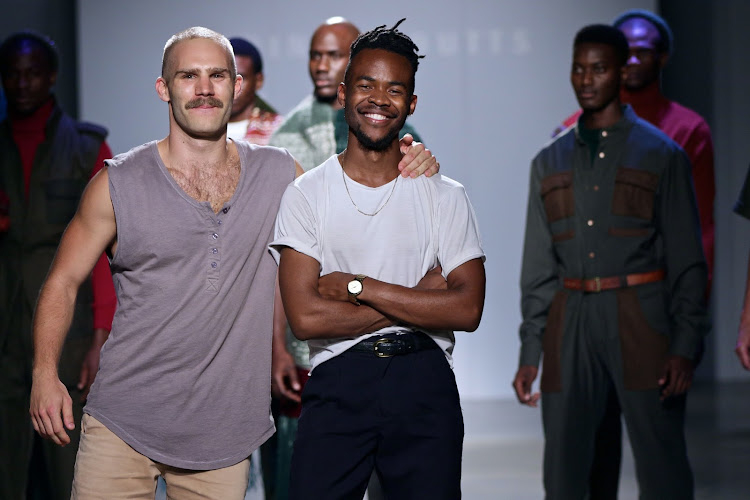 Local designer Thebe Magugu made history when he became the first African to win the prestigious LVMH Prize in 2019.

SA shone again in 2020 when Sindiso Khumalo was announced as one of the talented designers in the running to win. The prize ended up being shared among all the finalists due to the Covid-19 pandemic.

Will 2021 make it a hat-trick for Mzansi? It very well could because the 20 international semifinalists for this year’s LVMH Prize have just been announced, and Cape Town-based designer Lukhanyo Mdingi has made the list.

WHAT IS THE LVMH PRIZE?

Since 2014, LVMH, the parent company of luxury brands including Louis Vuitton and Hermes, has been scouring the planet for the next big name in fashion through their annual competition, the LVMH Prize.

According to AFP RelaxNews, the aim of the prize is to “encourage emerging global talent through a combination of financial aid and business development opportunities”.

Winners are awarded a mentorship with experts in the LVMH group and a cash prize. This year it’s a whopping €300,000 (about R5.1m). Previous winners have gone on to become industry giants – think Marine Serre and Simon Porte Jacquemus.

Judges for this year’s prize will include Louis Vuitton’s menswear designer Virgil Abloh and fashion designer and musician Rihanna among other industry experts. For the first time ever, the public will also have a vote.

Mdingi is the menswear and womenswear designer behind the eponymous fashion label, Lukhanyo Mdingi.

The Lukhanyo Mdingi website states the brand is all about the “spirit of collaboration”. It works hand-in-hand with artisans and communities, not only with aim of uplifting and supporting them, but also in the hope that doing so will bring a sense of heritage to the label’s “timeless premium pieces”.

Since launching his label in 2015, Mdingi has showcased his work internationally at events such as Pitti Uomo,  the Italian mecca of menswear tradeshows, and New York Fashion Week.

His latest collection, titled Coutts, was created as a tribute to the late local fashion designer Nicholas Coutts, with whom Mdingi had previously collaborated.

Mdingi and his fellow LVMH Prize semifinalists from countries around the globe will digitally present their work via a dedicated website, lvmhprize.com.

The judging process will take place from April 6 to 11, with a list of eight finalists to be announced at a later date.

Adapt or die: How SA designers conquered the challenges of Covid-19

The pandemic hasn't killed the local fashion industry, it's just reconfigured it
Lifestyle
2 weeks ago

SA's Thebe Magugu is making strides on the global fashion scene and it doesn't seem like he's about to stop any time soon.
Lifestyle
2 weeks ago

Clothing is armour and I arm women to be their best, says designer Sindiso Khumalo

The award-winning 'green' designer talks about the glass ceiling for young, black creatives and her big plans to sell in a UK store next year
Lifestyle
3 months ago
Next Article